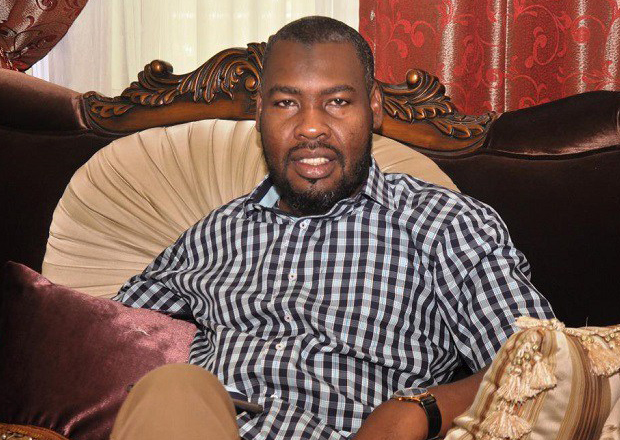 Production giant, Venus Films, has debunked claims made against it by Mr Nana Kwabena Adu Acheampong that it has stolen the movie ‘Perfect Love’. A press statement signed by Alhaji Abdul Salam Mumuni the company’s CEO,  claims that the Venus Films boss dealt directly with Frank Fifi Gharbin,  director and producer of the movie, to whom he paid the agreed amount for the right to distribute the movie to the appropriate market using giants like Iroko TV.

According to Mr Salam, the director and producer of the movie begged him to buy the rights, and though he was reluctant in the initial stages,  gave in upon persistent pressure mounted on him by Frank.

Read the full statement below: 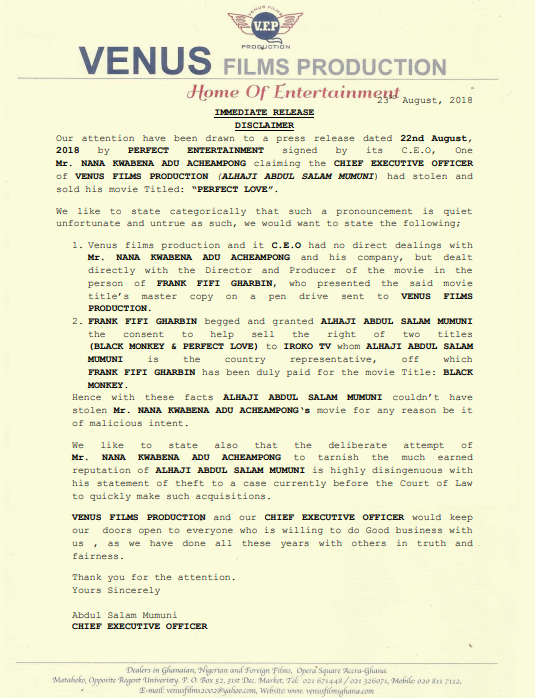 Venus Film Production has over the years been celebrated for publishing record-breaking movies like ‘The Hunters’, ‘Bloodline’, ‘Bachelors’, and ‘Heart of Men.”