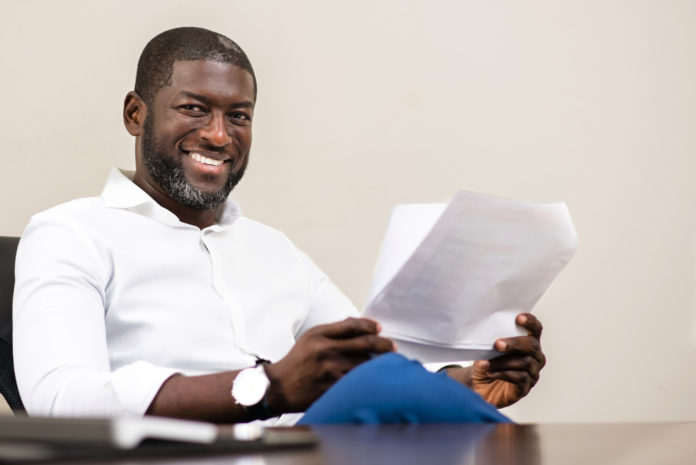 Even in the bloated-budget world of oil exploration, $70 million is a lot of money. And yet that’s how much Kevin Okyere, one of Ghana’s savviest yet understated entrepreneurs, has personally expended in developing the highly promising West Cape Three Points Block 2 offshore Ghana (WCTP2). Springfield Group, the energy conglomerate he founded and controls, owns an 82% interest and operatorship in the block which covers 673 square kilometers in the Gulf of Guinea’s Tano Basin. It’s the first time a homegrown Ghanaian company is exploring for oil, and the stakes are high.

“We can’t afford to fail,” Kevin Okyere quips while nibbling on squid karaage at a swanky Japanese restaurant in downtown Accra, and ignoring the gently buzzing phone on the table. “I mean, we’re the first Ghanaian company to venture into oil exploration. We are in a unique position to set a precedent for indigenous companies looking to participate in the upstream sector. If we succeed, then we’d have sent a strong message – that Ghanaians are just as capable. That’s really important to me.”

He is breaking bread with a couple of team members on this chilly August evening. Garbed in an untucked official shirt, khaki pants and black sneakers, Okyere looks more like the CEO of a Silicon Valley startup than the head of one of West Africa’s most successful energy conglomerates. His look may be modest; his ambitions are anything but. In just 12 years, Kevin Okyere, only 38, has built his company, Springfield Group, into a $1 billion (annual revenues) multi- faceted Ghanaian energy behemoth. Springfield Group is involved in trading and transporting hydrocarbons, terminalling and storage, gas stations, and recently, oil exploration. The company employs hundreds of people in Ghana and Nigeria.

Kevin Okyere was born in 1980 to an affluent family in Ghana’s gold-rich Ashanti region. His father had built a substantial fortune in construction, steel manufacturing and large-scale cocoa farming, before he was enstooled as a traditional chief. Okyere displayed entrepreneurial promise at a very young age. By the time he was 11, he was already selling iced water to football supporters in the Kumasi Sports Stadium to make extra pocket money. During his family’s annual summer vacation trips to London, he would take on jobs with textile companies in the U.K.

“Our family house was not too far from the stadium. I would often put water in our chest freezers at home, and then sell the iced water to the supporters watching the games in the Stadium. Everyone used to call me ‘Eddie Murphy’ in reference to the movie, ‘Coming To America’. The movie was quite recent in Ghana at the time. They used to wonder why I was working when my father was wealthy,” he recalls.

Graduate returns to thank surgeon for heart surgery 26 years ago

Apart from the fake pearl chain you presented,you couldn’t even pay a dime as...