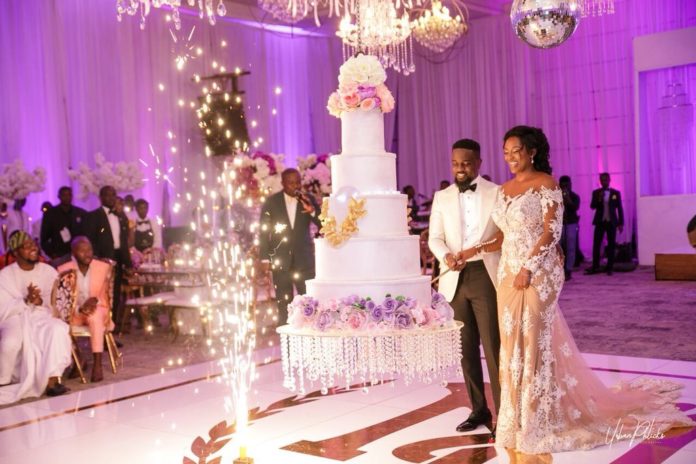 A Facebook user by name Kathrine Akua Akoto-Bamford is accusing Sarkodie’s wedding planner BigIdeazConsult of stealing her idea of a descending wedding cake from the ceiling from a previous discussion she had had with the wedding planner before the event.

Apparently the BigIdeazConsult copied the idea from their chat and used it for Sarkodie’s wedding when took place over the weekend.

I didn’t want to talk about this but its about time I did.

Stealing of intellectual property and vendor confidentiality breach and disclosure is something that we don’t uphold here. I contacted BIG IDEAZ for a concept development. Way back in March 2018. He was to help me develop an idea for a wedding cake that will be lowered to the ground on a hoist. This guy acted oblivious to the concept. I explained everything to him and how I wanted it. Sent him videos of the place as well.

We agreed on a price last month only for him to stop contacting again so I picked another vendor.
Its surprising to see the same vendor who i discussed this with since march, who bailed out on me in June, do the same concept for another client SARKODIE which he never made mention of since march.

Creativity doesn’t lie in one persons head and I know nothing is exclusive to one particular person, but for him to not mention it and actually make me take the pain of guiding him through it since the beginning after conceptualizing the idea is appalling.

Big Ideas respect creativity from your clients and maintain disclosure and confidentiality. These pretenses don’t auger well for business. What a shitty rip off!!!

Here is the discussion between the lady and the wedding planner on this descending wedding cake from the ceiling. 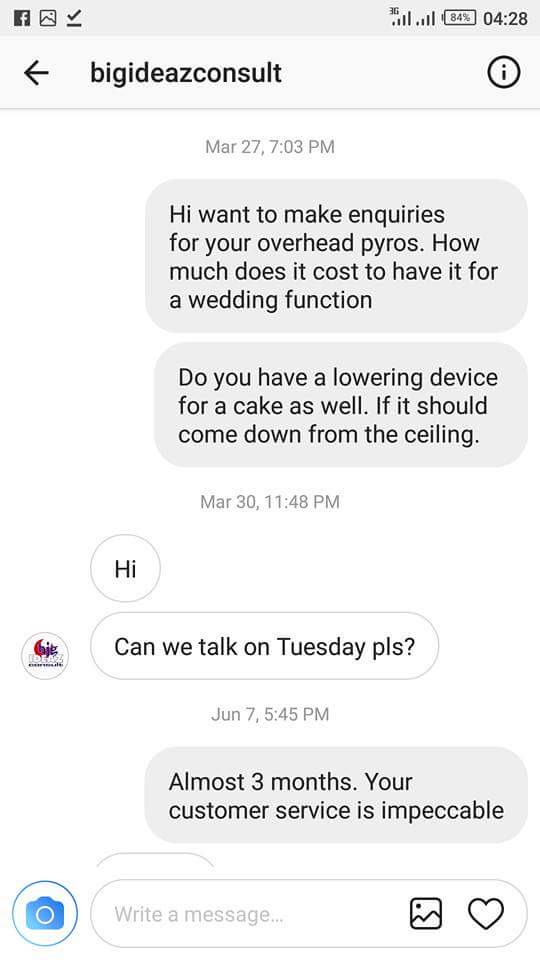 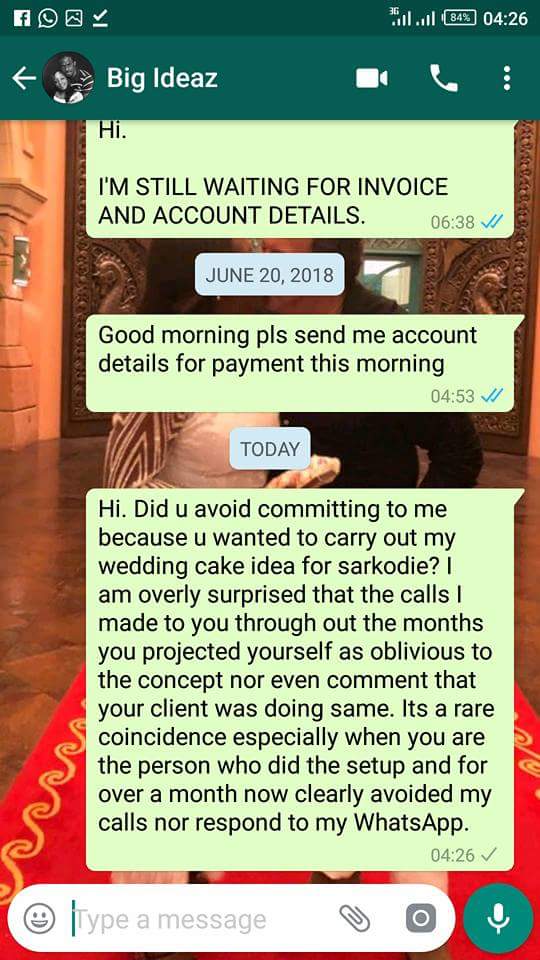 The wedding planner had earlier posted a long congratulatory note to his team which executed the feat at Sarkodie’s wedding. 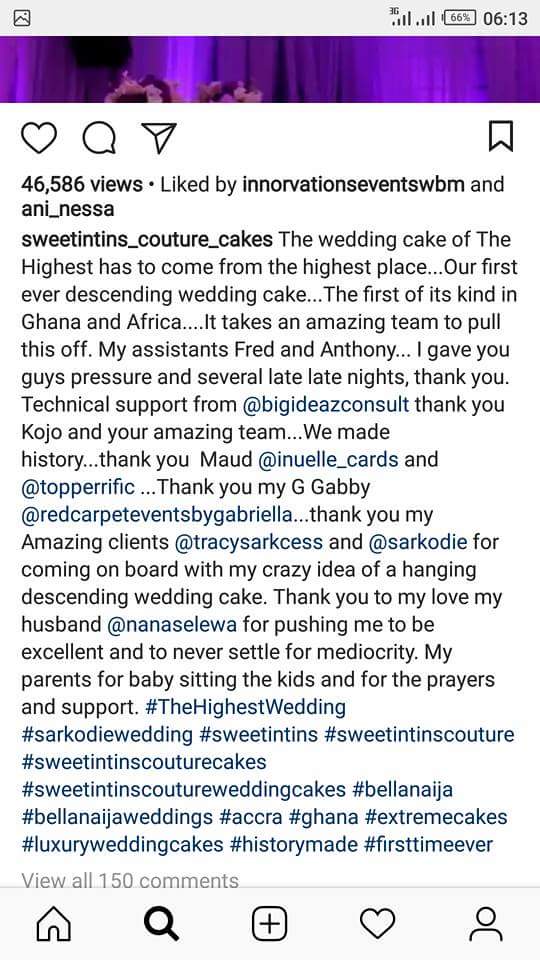 We’re waiting for a response from the wedding planner to the lady’s damming allegations of wedding cake copyright theft.