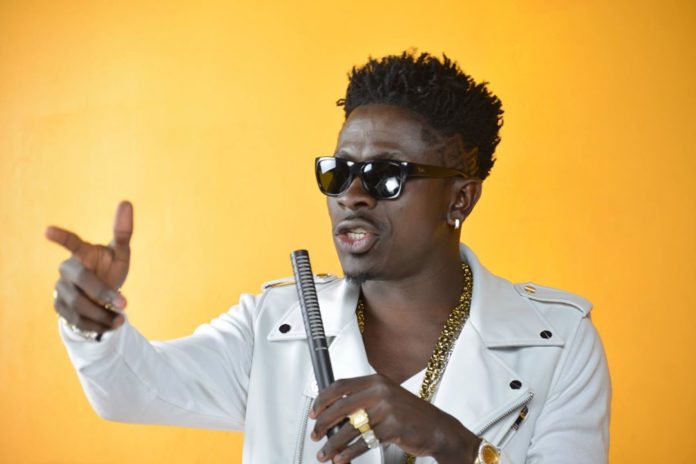 Self acclaimed Dancehall King  Shatta Wale has chided people who depend on politicians thus calling them lazy.

Shatta Wale who is known for his outspoken nature made this statement in an interview with Berla Mundi on The Late Afternoon Show on GhOne TV.

The dancehall artiste stated that,instead of people relying on politicians for jobs,they should start something on their own to make a change in their communities and lives.

“If you say you are going to wait for a politician to come and look for a job for you,to create that fat account for you,then i don’t think you can live life.People who depend on politicians are lazy people”.

He also added that it’s easy for people who are able to do something for themselves to attract investors and get opportunities from politicians.

“People who are doing something for themselves,politicians are watching them from afar so if they ask for support,politicians will come to their aid and support them”.

Shatta Wale is working on his third studio album “The Reign” which is scheduled to be released in October this year.

I can’t boast of a house or a car after spending 8 years on...