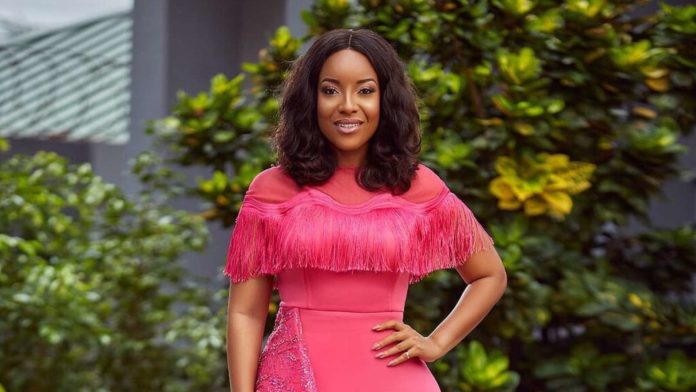 Actress Joselyn Dumas has expressed disappointment in Abeiku Santana and his team at UTV for editing her yet-to-be aired interview to create a picture that she dated John Dumelo for two years.

There were several reports on several news platforms that suggested that Joselyn Dumas had said she dated her colleague, John Dumelo for two years before he got married.

But in a post on her social media platforms, Joselyn has expressed shock at the spread of falsehood by UTV and Abeiku Santana who to her should have known better.

Joselyn indicated that such sensationalism has prevented her and some of her colleagues from granting interviews because all some journalists care about is not the truth. 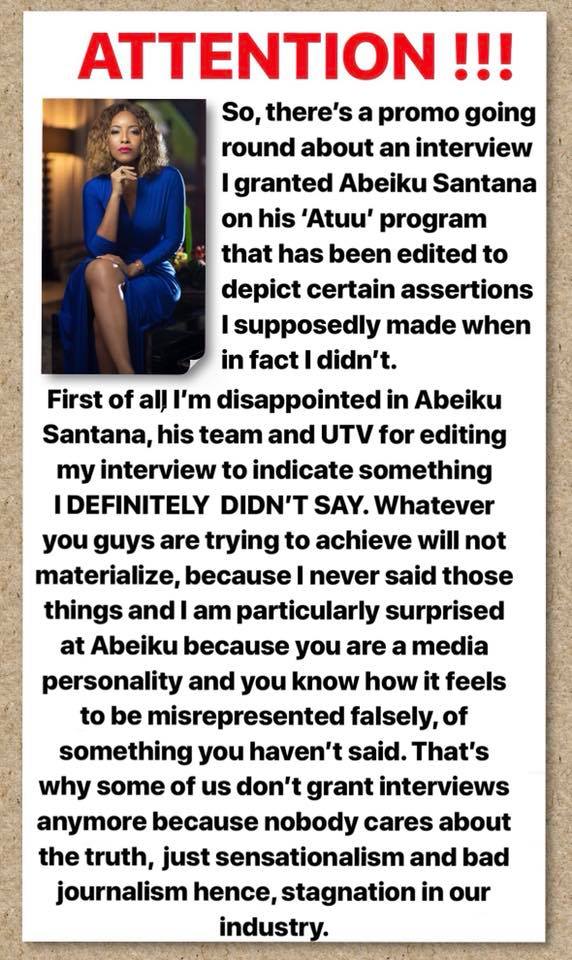