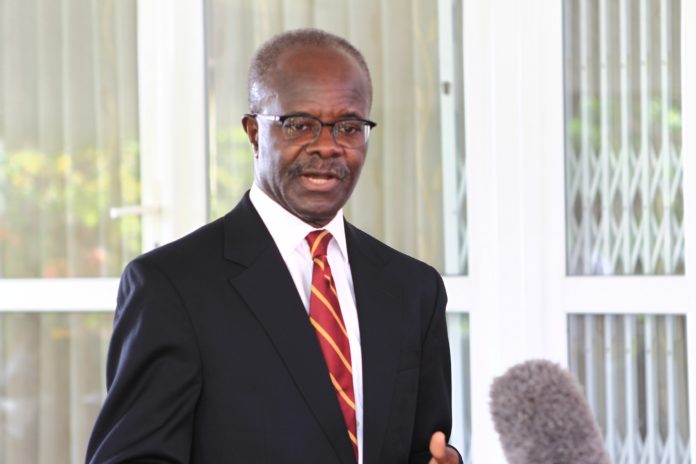 Dr Papa Kwesi Nduom’s GN media a subsidiary of his  Groupe Nduom  is the latest media group to be going through turbulent times in the media landscape in the country as reports suggest that several staff are being laid off in an effort to cut down cost.

MyNewsGh.com has sighted  a letter signed by Frederick Boamah, Head Recruitment &Selection which revealed that affected workers of GN media since August 27, 2018 have started receiving their dismissal letters with one month salary in lieu of notice.

Our sources indicate that some persons who have been on their mandatory annual  leave have  been recalled  and also issued with  dismissals that have rocked the media company of the founding father of Progressive People’s Party (PPP).

A copy of the dismissal letter intercepted by this portal in part read “Management wishes to inform you that your services with GN TV are no longer  needed. The termination of your appointment takes immediate effect. The company is therefore exercising its right to terminate under clause 7.3 of the HR Manual by giving you the required statutory notice. However you will be paid one (1) month salary in lieu of notice”

It is gathered that more than 30 staff of the company have so far been laid off with reports suggesting that more could be affected in the coming days with the payments other entitlements of the affected staff in doubt. 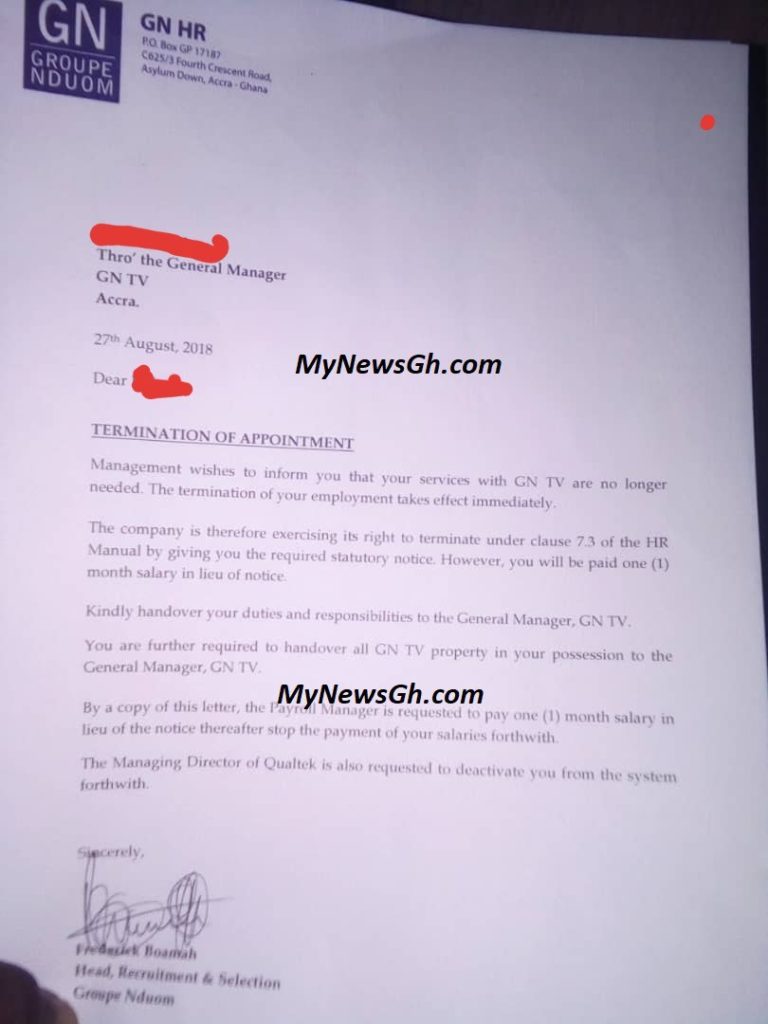