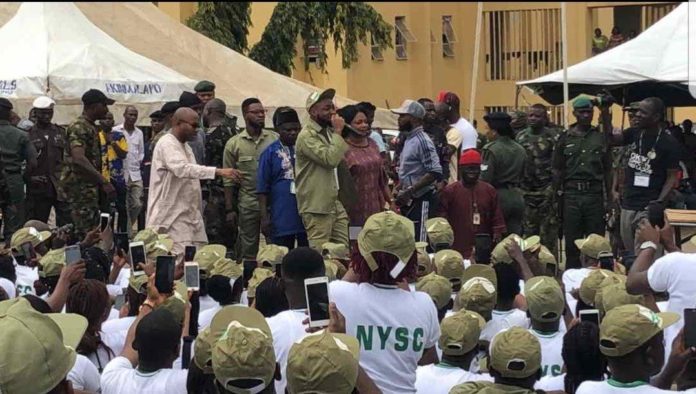 Davido who hinted days ago of his return to National Service turned up at the NYSC camp in Lagos state this morning, flanked by military men and in an ecstatic mood and ready to serve.

The singer’s presence at the NYSC camp caused a serious commotion as other corps members could be seen struggling to catch a glimpse of the singer who is participating in the mandatory service.

An ecstatic Davido who just began his NYSC took to his twitter page to share pictures of how he was welcomed at the camp today by his fellow corps members. 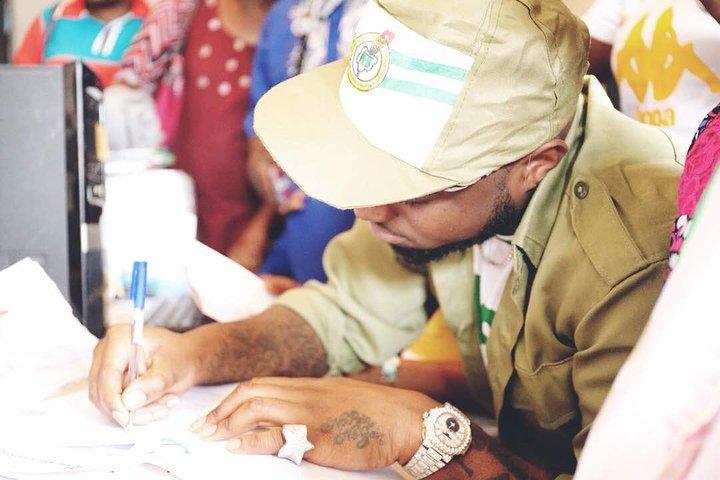 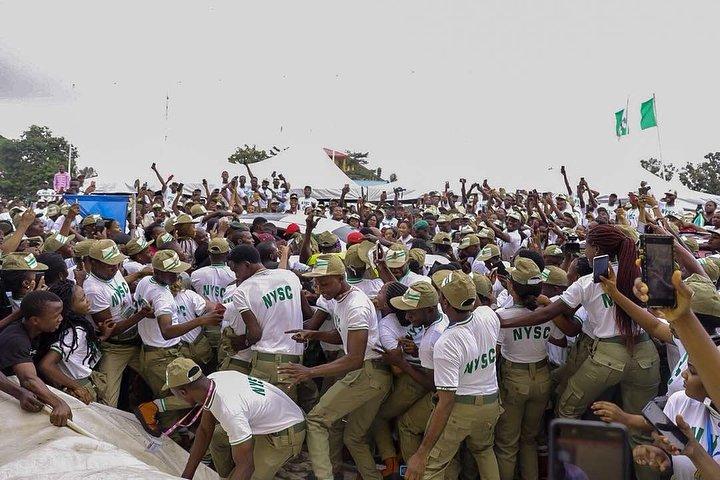 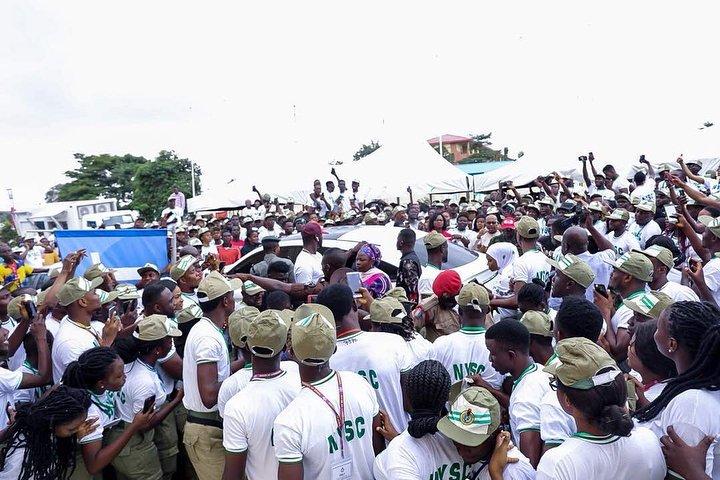 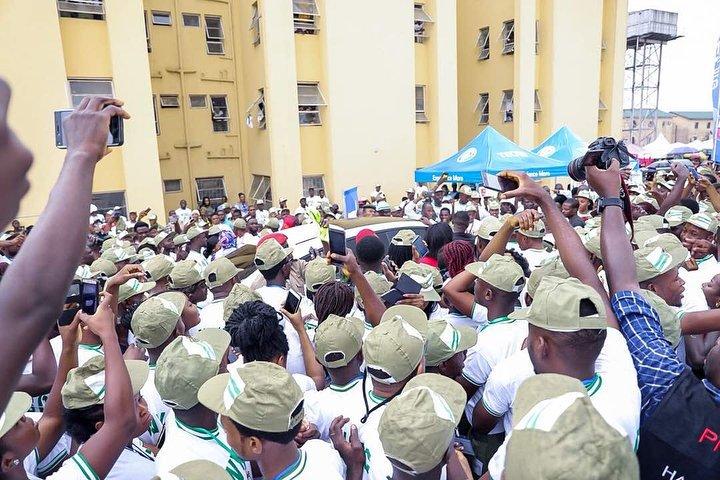