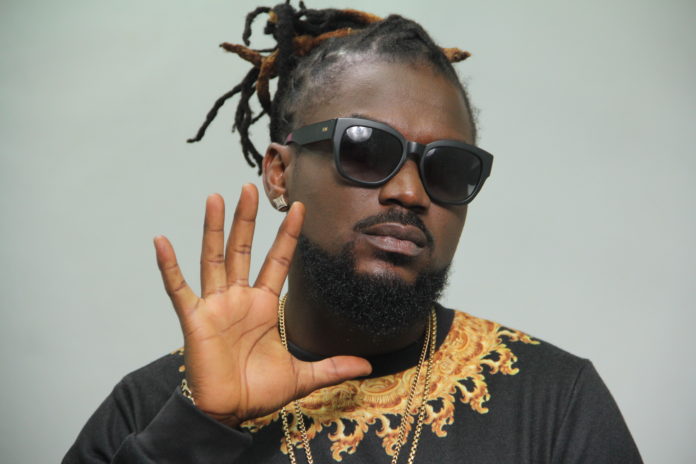 Dancehall artist Emmanuel Andrews Samini has debunked flying reports that suggests he walked out of the studios of Okay FM.

Earlier reports suggested the dancehall artist on Wednesday August 22, 2018 angrily walked out of the studios after the band with whom he was performing live upon several attempts could not play the right chords.

According to Zionfelix.net, “it took the producers to cool him down to return to the studio to continue the interview.”

However, Samini who seems to have caught wind of the report that he had angrily walked out of the studios in a quick video shot from the same studio debunked the reports saying;

“It was a wonderful interview session and I had a good time. For anyone saying I walked out of Okay FM, it is a lie. I’m still here and you can see that…”

Watch video from below;