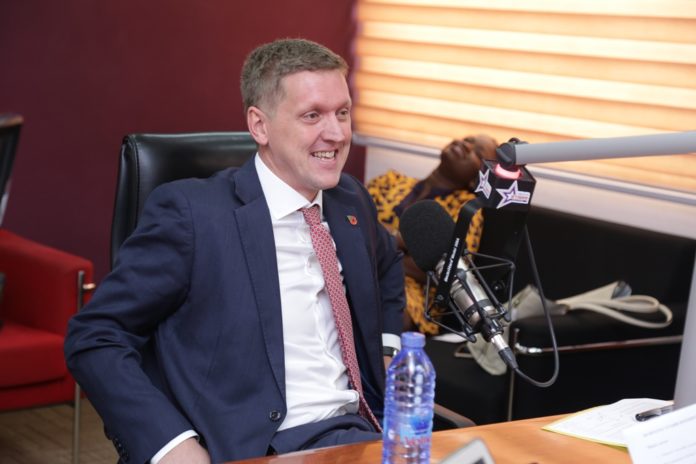 Every culture has a sacrosanct recipe passed down from generation to generation. But few cause as much controversy as jollof rice, West Africa’s beloved staple dish.

An rich orange-red delicacy made from rice and a spicy stew mixing tomato, onions, meat or fish, its origins – and how best to prepare it – have been the subject of fierce dispute over the years.

Every country has its own version, and abhors ‘inauthentic’ variations.” In Ghana, jollof is eaten on its own or with fried plantains and “the addition of green, leafy plants is much frowned upon.”

In Nigeria, diners balk at adding garlic, carrots, green beans or cabbage and, in Liberia, “a stunned silence would greet anyone adding seafood to jollof rice,”.

So, on the occasion of World Jollof Rice Day, which is being celebrated by Africans at home and in the diaspora, the British High Commissioner to Ghana, Ian Walker has added his voice to the unending debate on which Jollof taste better,Ghana or Nigeria.

The British High Commissioner in a tweet stated that when it comes to Jollof, it can only be Ghana.