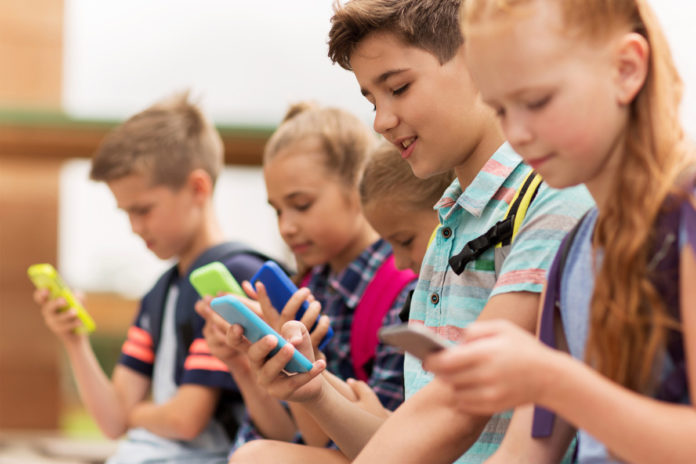 Smartphones and tablets have been banned from all French schools ahead of the academic year after a new law was voted through Parliament yesterday.

The phone ban will apply to all pupils in France up to the age of 15, as of the start of the new term in September.

The new law fulfils a campaign promise by President Emmanuel Macron, but it has been criticised by the opposition as a ‘publicity stunt’.

Lawmakers of Macron’s centrist LREM party and its allies gave final approval to the bill on Monday, while MPs on the left and right abstained from the vote.

The opposition has called the bill ‘cosmetic’, and said it will not make any impact in real life.

Under the new law, all connected devices must be left at home or remain switched off until the end of the day.

Schools may make exceptions for ‘pedagogical use’, extra-curricular activities, or for disabled pupils.

High schools can decide individually whether to impose a partial or total ban on connected devices.

A previous law, passed in 2010, already prohibited smartphone use during class.

Education Minister Jean-Michel Blanquer said the earlier law did not apply across the board and lacked teeth, while the new law moves France ‘into the 21st century’.

‘It sends a message to French society’ as well as countries around the world, he said.