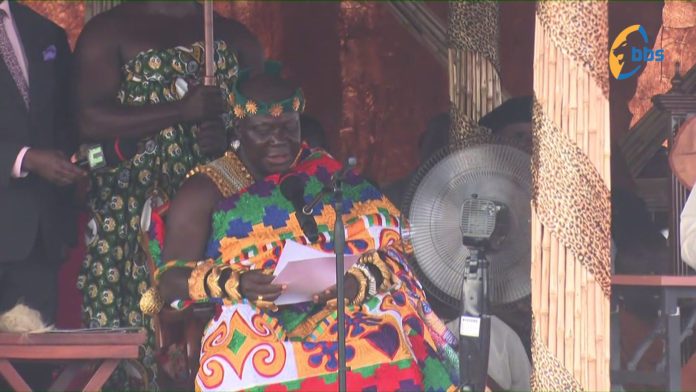 The Asantehene, Otumfuo Osei Tutu II, has called on the the King and people of Buganda to fight poverty,ignorance and disease through education.

Otumfuo Osei Tutu II who was the Guest of Honour for the 25th anniversary of the coronation of the Kabaka of Buganda, Roland Muwenda Mutebi II, said that the value of traditional governance was not lost and that the need for a more positive role by traditional leaders in the economic and social development agenda of their nations was beyond controversy.

Speaking at the grand durbar, in Kampala yesterday, Otumfuo Osei Tutu II admonished the people of Buganda to fight poverty,ignorance and disease through education.