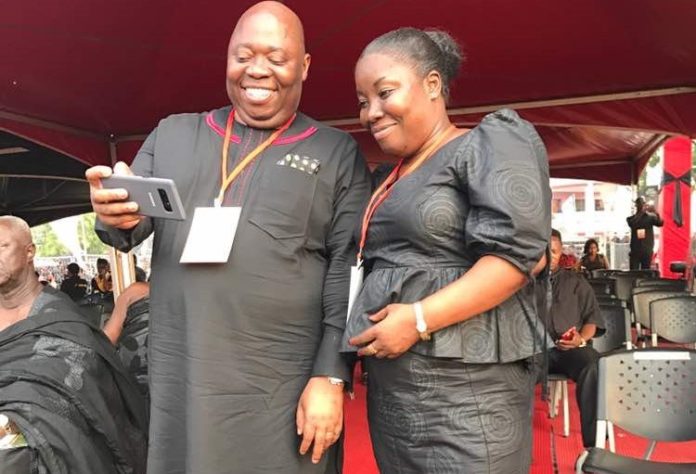 Award-winning Morning Show host, Kwame Adinkra has described his former Producer, Akoto Mansa Attakora-Manu as number one and the best thing to have ever happened to him as far as the show is concerned.

Akoto Mansa Attakora-Manu was retrenched last month in a rather unbelievable way which left many spellbound as to why such a hardworking journalist with over decades of experience could be laid off by EIB Network that stands for excellence.

She joined Kwame Adinkra who currently hosts Abusua Nkommo on Kumasi-based Abusua Fm a subsidiary of the EIB Network barely two years ago but was retrenched in what management called a restructuring exercise, a move that has been criticized by many in the political divide.

But Kwame Adinkra who is yet to get out of the shock over the sack of his producer described her as an inspirer, advisor and sister in the inky fraternity who remains number one irrespective of what others think about her.

In a tribute song in possession of MyNewsGh.com, the Broadcast Journalist described Ms Akoto Mansa Attakora-Manu as Versatile, Resourceful and Hardworking and above all a philanthropist who cares for humanity by single-handedly raising funds towards the welfare of the less privileged in society.

Many have said persons behind her retrenchment should rather have been fired themselves because they have failed to appreciate the value of what they have lost and the repercussions to their brand.

Listen to the song below;

A Festival of Arts: See the beautiful images from CHALEWOTE 2018.