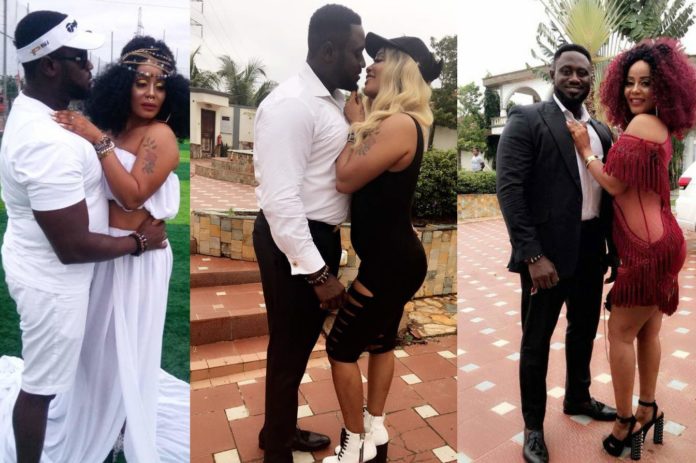 It appears Kezia Dua, the alleged new girlfriend is warming up to her role as the new woman in Abrokwah’s life and that includes defending him. She just threw several shades at Afia Schwarzenegger.

According to Kezia Dua, Afia Schwarzenegger is not a woman enough to compare herself to her because she is far better than her since she will never take another man into the bed of her husband when she marries.

For a couple of months now, photos and videos of a new lady identified as Kezia Dua have been trending on purporting to be the new girlfriend of Afia Schwarzenegger’s, ex-husband.

Although both have come out to deny the rumours, their actions say otherwise. Recently, the two recorded a video just to tease Afia Schwar.

Well, in a new interview with Nana Yaa Brefo of Adom FM and the singer/actress has thrown several shots at her “rival”

‘Child like’ actor, Themba Ntuli Weds His Curvy Heartthrob At A Beautiful Ceremony

Blame your care-free lives for your sorry state- Maame Dokono to...

I won’t be part of the Ghana Music Awards Again -Shatta...