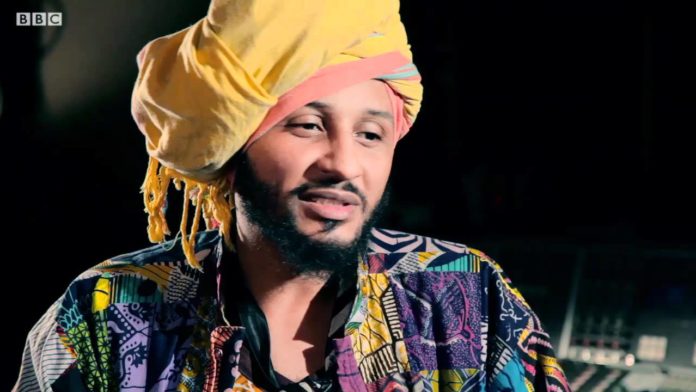 In a recent post by the musician on his Facebook page, the gypsy was seen topless in a video, with a scarf wrapped around his head, dancing to a song and calling Dr. Mensa Otabil a thief.

Dr Mensa Otabil, who is the former Board Chair of now-defunct Capital Bank, has been in the news over an investigative report that indicated that he may have been party to the misuse of liquidity support given by the Bank of Ghana (BoG) to Capital Bank.