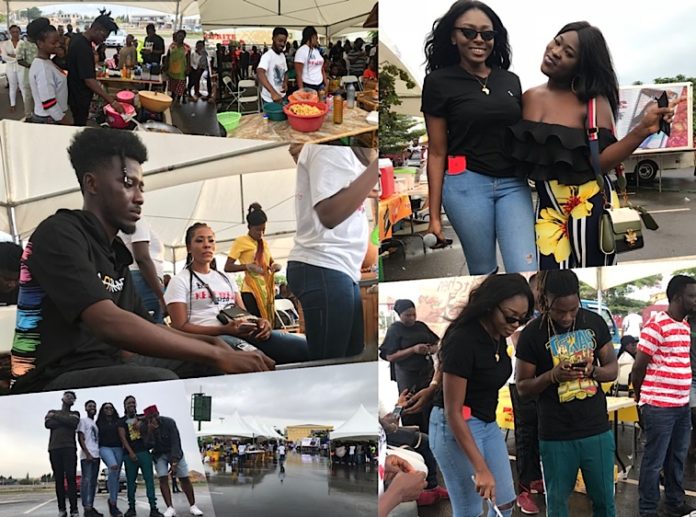 The maiden edition of GNTV’s Kelewele Party held yesterday [21st August 2018] saw hundreds of patrons who thronged at the West Hills mall with Ghanaian celebrities billed for the event.

Christened “Kelewele Party” witnessed stands mounted for exhibitors with their products sold on the night.

Patrons were thrilled with sterling performances by these artistes billed after they fried their Kelewele, played Fifa game.

Speaking in an interview, with blagogee.com Richmond Keelson Manager of GNTV revealed this is our maiden Kelewele Party and the response to the event has yielded the results we wanted and we going to host this event annually to engage with our patrons and subscribers of our channel.

When quizzed next venue for the 2019 Kelewele Party? He said, for now, it’s too early but myself and my team will go back to the drawing board to strategies for next Kelewele party and I want to encourage people to come for the next year’s kelewele party.

Fans who graced the Kelewele party shared their exciting moment with blagogee.com as they described the event as a surprise and congratulated the event organizers for this event.

For their part, artistes billed for the event thanked GNTV for organising such great concept for artistes to thrill patrons as they look forward to perform for the next year Kelewele party.

Watch video of the event below:

Phamous Ghana - January 14, 2020
3290
Ghana is and has always been known for it's wide range of tourist attractions and facilities. For the traveller, Ghana is that...