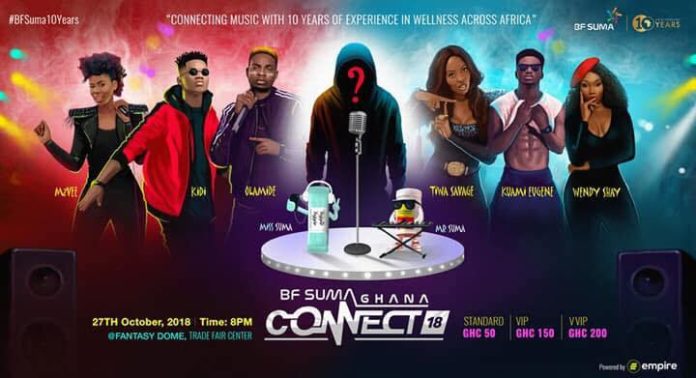 The next batch of tickets are already out on sale, with an option for patrons buying in groups to get some 20 per cent discount.

Some of Africa’s best names in music are gearing up for the concert, made possible by American health and wellness company, BF Suma.

Officials say one major Ghanaian act will join the bill in the coming days.

Launched weeks ago, the concert is a commemorative one to mark BF Suma’s 10 years of doing business in Africa.

Kwabena Adu Darko-Asare takes over from Shifa Amankwa-Gabbey as the 2019 Spelling Bee Champion.