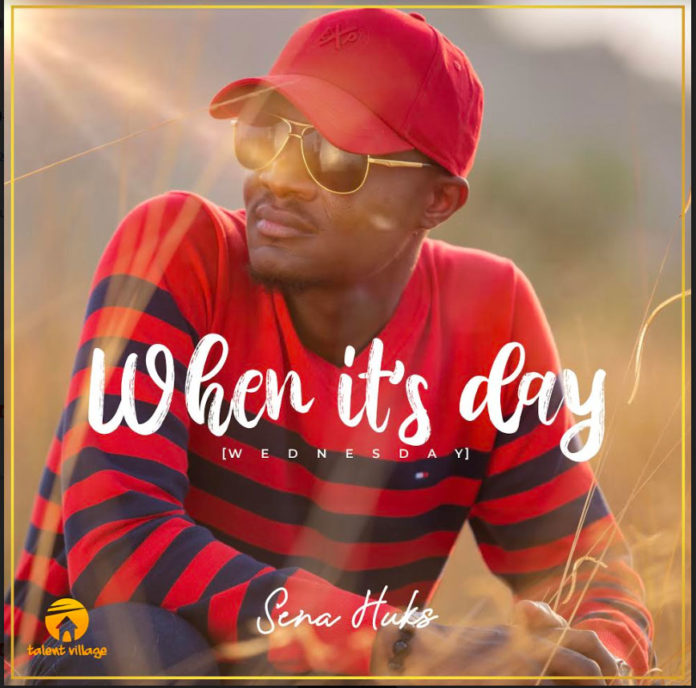 The album, released in 2019 under Sena Huks’ label Talent Village has enjoyed rave reviews from critics, fans, and industry players.

‘When it’s Day’ contains songs such as Na You, location, Wednesday, and many more amazing songs.

The Album has gained over 200,000 streams on YouTube alone with only 10 of the 14 track album available on the video streaming platform.

Oh Girl Oh has gathered over sixty-eight thousand views, while Na You featuring NanaYaa is hot on its heels with close to sixty thousand streams.

Featured artists on the Album include Shaker, NanaYaa, Komah and Big Chris.

Specially dedicated to those birthed on ‘Wednesday’ (which is Sena Huk’ day of birth), the lead singles and album were strategically released on Wednesdays.

That trend has run through every activity of the album.

So far, Sena Huks and his Talent Village team have put out 6 music videos off the album and hoping to release more soon.

To celebrate When It’s Day clocking 1 year, Sena Huks has released the video for God Do Am, whiles embarking on a media tour powered by Global monetization and publishing platform TunesXmuse owned by Muse Media Networks.

Sena Huks aside from doing music is a Geologist, traveling around the world for his scientific work.