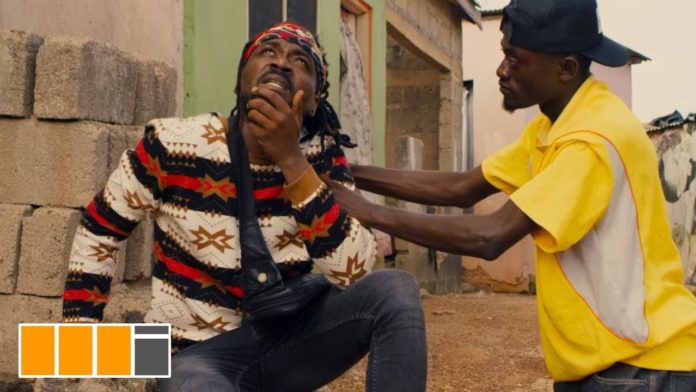 One could imagine how creative a Musician can be, blending both comedy with very touching REAL LIFE touching issues in a video. Samini just gave us that in #Obra official video, starring popular Ghanaian actor, Lil Win, for a lead role.

In this personified plot, A Ghanaian immigrant to the West trusted his friend and put him in control of his property whilst he hustled in the cold and all related difficulties to make sure his life would be better on his return home.

Surprisingly on his return, he meets nothing done in his name including his building he had paid his friend to finish. His money had been used by his friend to his own benefit. He had even married his wife he left behind on top. All his sweat resulted to nothing, that is.

What a wicked world! He would need to start from the bottom again. “Life is war” indeed!

Enjoy Obra. The 5th record on Samini’s Billboard-Charted 7th Studio Album, UNTAMED. The Album also made history as the first Album by an African to win “@reggaeville Album of the Year 2018” [Recieved in Jan 2019] two weeks after its release on Dec. 22, 2018.