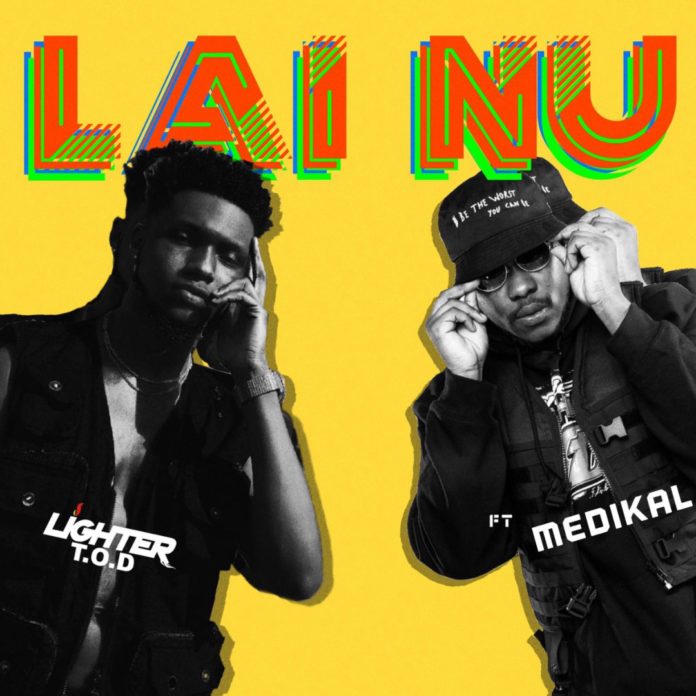 Rapper Lighter TOD has enlisted colleague rapper and VGMA rapper of the year Medikal on a new single.

Believed to be the official Christmas banger, the Liquid beats produced song uses a catchy Ghanaian line “Lai Nu” which literally means feeling in love with something. With his witty wordplay, Medikal comes on hard to prove his rapping prowess.

Lighter TOD bust on the music scenes in 2010 when he released “It’s My Turn” which gave his nationwide attention in both his native country Ghana and the United State of America where he resides.

Lighter amicable personality has increased his fan base and his catchy hits have made him widespread.

The Crux Global act has worked with international stars like Red Cafe, Sarkodie, Muggex and local compatriots like Joey B, EL, D Black among others.

Listen/ Stream the song below:

Watch the video below: