Patti Labelle was rushed off stage at her event in Milwaukee on Saturday night.

In Social Media videos available, Patti Labelle was seen being taken off stage by three men because of a bomb scare.

One of the staff seen in the video was seen taking her off stage while she talked to the audience.

Her band was seen following her when she left the stage.

The organizers of the show announced that the show has been halted and subsequently postponed.

Meanwhile, the audience was evacuated from the auditorium. 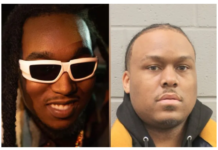 PHOTOS: T.B Joshua spends 4 days in the mountains to pray for the world...

Nigeria Church: Couple marry on Saturday and die on Sunday in...