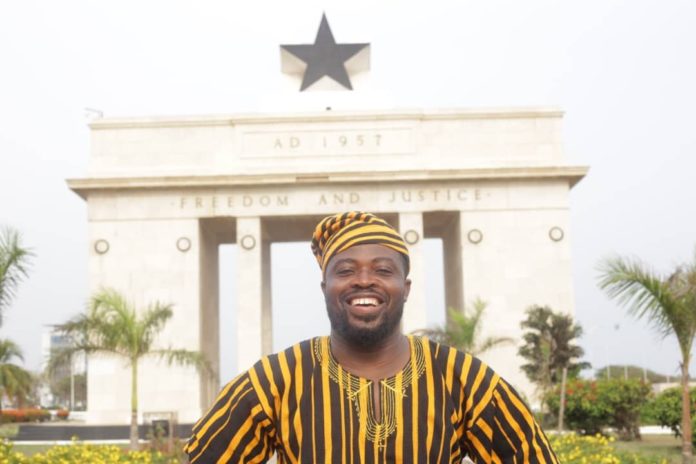 Passion is a strong and barely controllable emotion or a desire, interest, and belief in something. It’s the spice that triggers or contributes meaning or purpose to talent and career discovery.

Like any other person who has worked ‘behind the microphone’, he speaks with much intellect and confidence with a stronghold in entertainment. He is a known face in Ghanaian showbiz circles and has hosted top-rated entertainers on Loaded Entertainment, an entertainment show he used to anchor on defunct Kumasi based radio station, All Friends Radio 94.5.

Born and raised in Kumasi, the focus-driven Vincent Kofi Osei has carved a niche for himself as one of Ghana’s burgeoning actors .

Stains as he is affectionately called, began his acting career at the Centre for National Culture,Kumasi with a theatre group known as Kyeremanteng Play House, where he featured in most of their plays which culminated in he catching the eyes of directors who used the theatre group for commercial plays and projects for their academic purposes.

He was later hired later hired by an academic film director Kwesi Baako (Ras Kwesi) who cast him for a couple of productions.His zeal and passion propelled him into securing roles in several TV Series and movies.

His numerous trips to many countries have earned him a spot as the face of
KOFI DA TOURIST, an international TV show that seeks to project the African continent as a natural tourist hub to the diaspora.