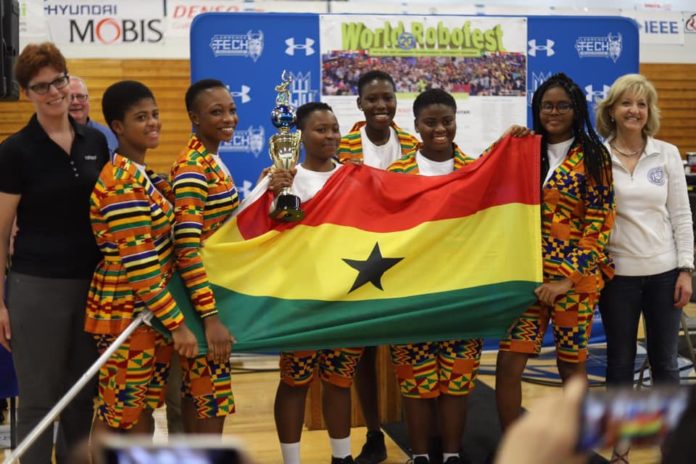 The 20th edition of the robotic driven approach in solving tasks, saw the school from Ghana winning the ultimate game competition.

The task given comprised building a robot to arrange boxes according to a Binary Number Given. This Binary Number is unveiled when all robots are impounded.

MEGHIS, had earlier triumphed from the preliminary contests held in Ghana among all the top senior high schools.

The students from Methodist Girls SHS triumphed over students from
Japan, China, Korea, South Africa, United States, and Mexico to clinch the Ultimate.

Phamous Ghana - January 14, 2020
345
Ghana is and has always been known for it's wide range of tourist attractions and facilities. For the traveller, Ghana is that...