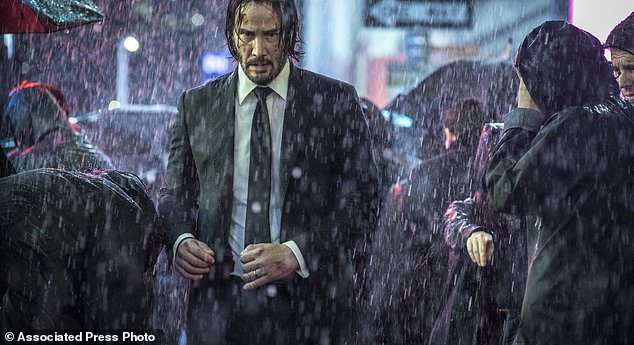 The box office has a new king and his name is John Wick.

The third installment of the hyper violent Keanu Reeves franchise has taken the top spot at the North American box office and ended the three-week reign of Avengers: Endgame.

Avengers: Endgame slid to second place in its fourth weekend with $29.4 million. Domestically, it’s now second only to Star Wars: The Force Awakens.

Pokémon Detective Pikachu placed third with $24.8 million and A Dog’s Journey opened in fourth with an underwhelming $8 million.

It’s pacing significantly below 2017’s A Dog’s Purpose, the original film in the saga about a canine’s adventure to find meaning. That movie debuted with $18 million and went on to earn $64 million at the domestic box office. It became a big hit with international audiences, grossing $140 million overseas.

The young adult adaptation The Sun Is Also a Star fizzled in its debut, grossing only $2.6 million and landing in eighth place.

The romance drama, based on Nicola Yoon’s novel, received mixed reviews. It earned a lackluster B- CinemaScore, as well as a 51% on Rotten Tomatoes.

Grown-ish actress Yara Shahidi stars as a brainy student who forms a relationship with a charming exchange student (Riverdale’s Charles Melton), as her family faces deportation.

Ticket sales are have fallen around 10% behind last year, according to Comscore. Hollywood is banking on some big blockbusters, as well as a few surprise hits, to boost revenues during the busy summer movie season.