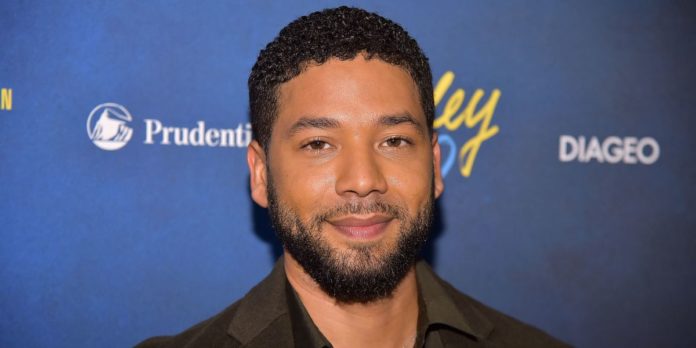 In a disgusting and heartbreaking report, Empire star Jussie Smollett was detailed as the victim of an apparent hate crime that was so brutal that he required medical attention.

The incident, which was originally reported by ThatGrapeJuice.net and was later confirmed by TMZ, is said to have taken place in Chicago at 2:00 a.m. on Tuesday.

In the attack, which was reportedly both racially charged and outrageously homophobic in motive, two men wearing ski masks reportedly placed a noose around the actor’s neck.

Smollett, 35, also allegedly received a letter with cut out letters spelling the words, “You will die Black f*g.”

According to both sites, law enforcement sources confirm that the Chicago PD is currently investigating the matter as an incident of battery with TMZ specifying that the Empire star was admitted and treated at Northwestern Memorial Hospital following the attack. He has reportedly already been released.

Jussie Smollett officially came out to the public as a gay man in 2015 during an interview with Ellen DeGeneres. He shared, during the interview, that he hoped his coming out would show other closeted members of the LGBTQ community that they are not alone.

VIDEO: Medikal hangs out with 6 fans; takes them out for shopping