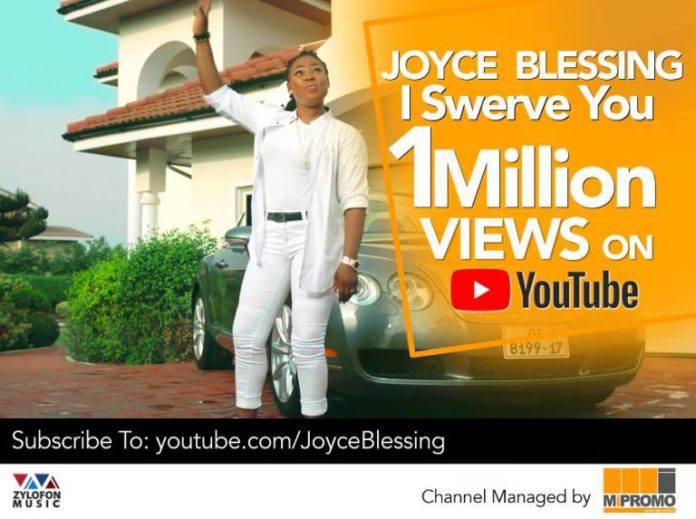 Joyce Blessing’s video for latest hit single ‘ I Swerve You’ has clocked 1 Million views on YouTube after it’s release this year.

The multi- award winning gospel singer yesterday, 1st October; shared the excitement with her followers via her social media platforms thanking each and everyone for their support.

I Swerve You after its release in January has enjoyed massive airplay in Africa , and has appeared on several music charts with endorsements from dignitaries all over Africa as one of the best songs in Africa.