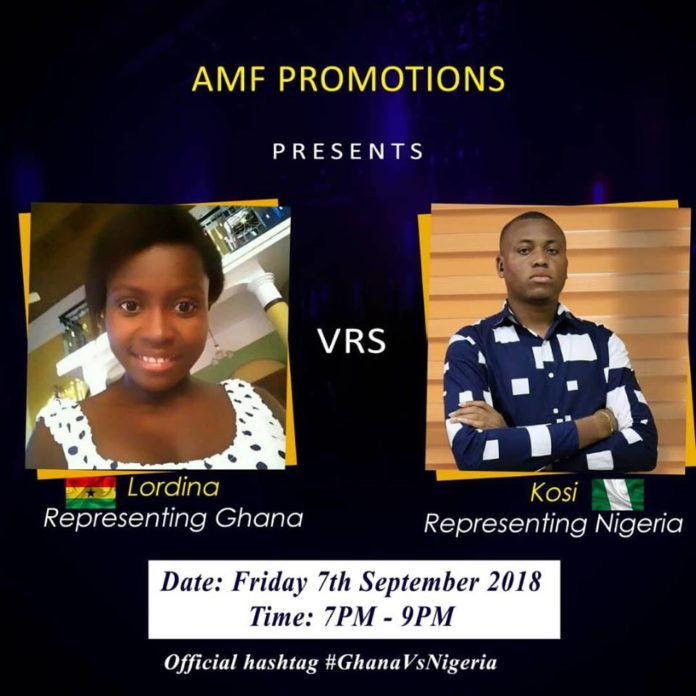 Troll battles have become the newest sensation on social media.The battles are always between two people or a group of people trolling for and against a topic,subject or conversation that generates a lot of excitement on social media.

On the day of trolling, the persons or group who are involved in the troll battle use texts,images and videos to convey their messages and stress on why they are trolling for or against.

Touted to be one of the biggest troll battles, Ghana will face off with Nigeria in an official troll battle dubbed #GhanaVrsNigeria. Both countries have battled it out in the field of Sports, Politics and Entertainment.

LORDINA EDUWAA BISIW— Lordina Eduwaa Bisiw is representing the Red, Gold, Green and Blackstar flag of Ghana. Her witty style of trolling has earned her the accolade Queen of trolls. Coming from a massive victory in the #LoveVsMoney troll battle, Lordina is hoping to extend her unbeaten run.

KOSI FORTUNE— Kosi Fortune is touted to be the man who has caused his opponents to quit in most of his troll battles. He will represent the Green and White colours of Nigeria. He is unassuming, but like the popular Naija phrase goes, Naija No dey Carry last.

“The two contestants are to defend these two most dominant countries in the sub region. Lordina will tell us why Ghanaians say they are who they are, and Kosi, the man representing Nigeria will tell us why Naija no dey carry last”. says Abdul Muhaimin Fusein, Chief Promoter, FMA Promotions.

The #GhanaVrsNigeria troll battle is slated for 7th September, 2018 and powered by FMA Promotions in collaboration with Blackstar and www.phamousghana.com 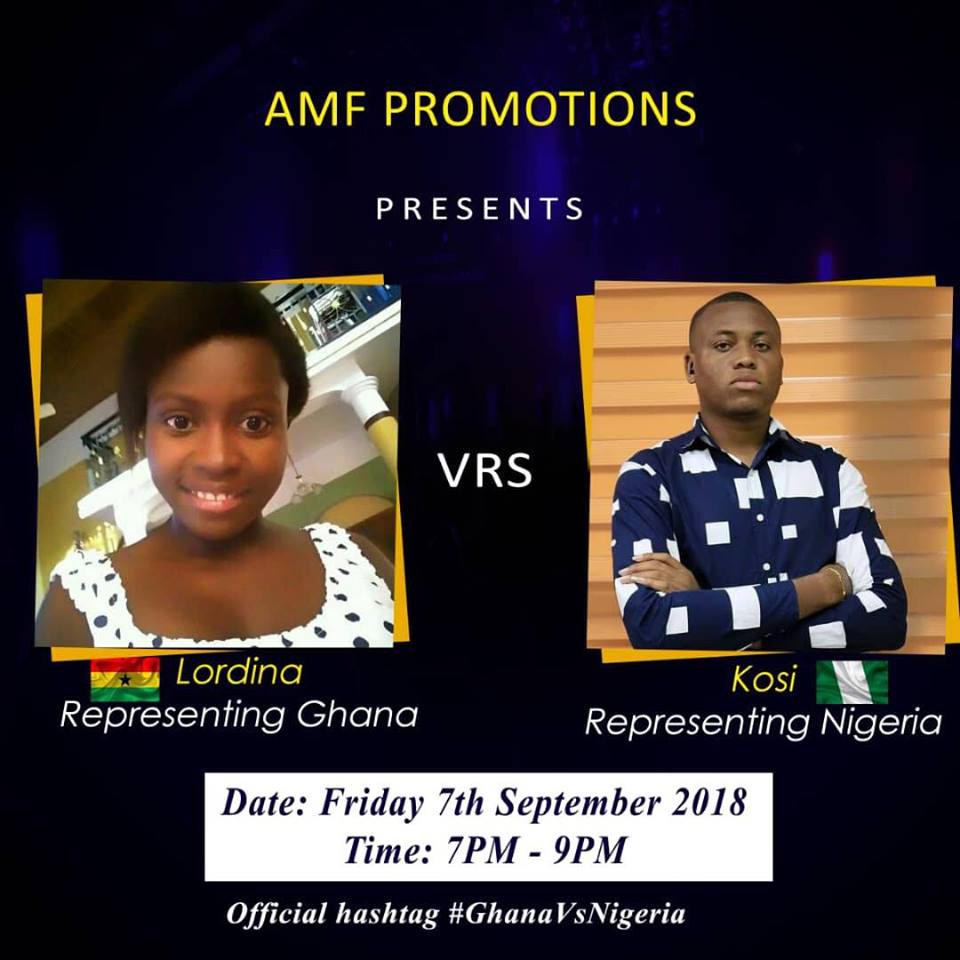