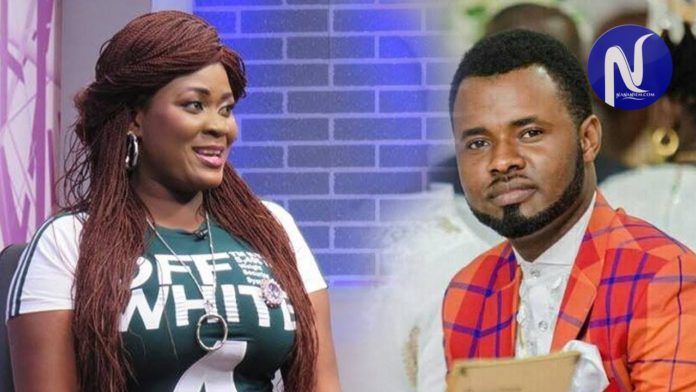 Kumawood actress and film producer Nayas has made staggering revelations about her estranged boyfriend Ernest Opoku saying he couldn’t satisfy her in bed.

She also disclosed that she attacked Ernest Opoku at Adom FM premises because she was hurt.