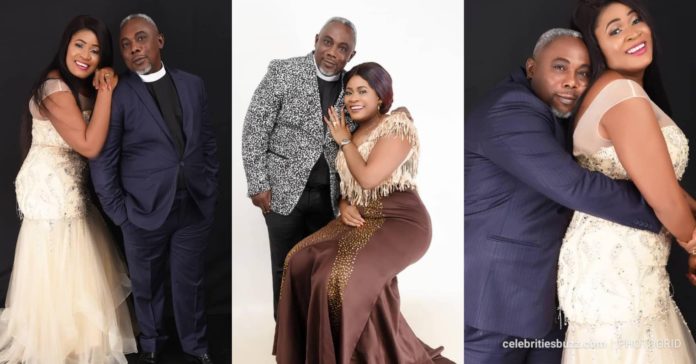 Kumawood actress and film producer Nayas has stated that colleague actor Apostle John Prah is not her type of man and even if she is looking for a man to settle down with, she won’t choose the renowned actor.

Nayas who was speaking in an interview with Deloris Frimpong Manso on Delay Show revealed that the photos that surfaced online of herself and Apostle John Prah were for promotional purposes and not for any malicious intent.

The actress also added that when the photos surfaced online, she received a call from Apostle John Prah’s wife and she explained to her that the photos were meant for promotional purposes.