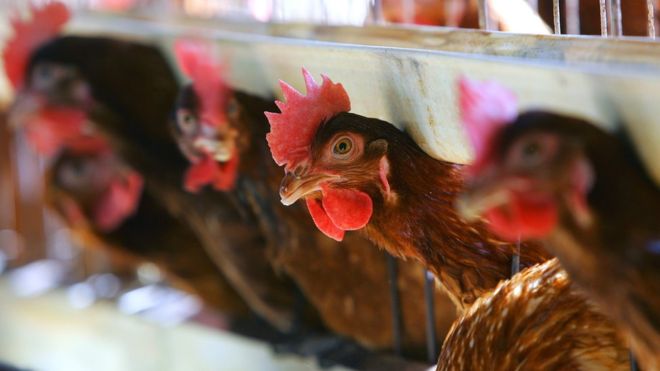 Chickens in a school farm in north-western France are believed to have grouped and killed a juvenile fox.

The unusual incident in Brittany took place after the fox entered the coop with 3,000 hens through an automatic hatch door which closed immediately.

“There was a herd instinct and they attacked him with their beaks,” said Pascal Daniel, head of farming at the agricultural school Gros-Chêne.

The body of the small fox was found the following day in a corner of the coop.

“It had blows to its neck, blows from beaks,” Mr Daniel told AFP news agency.

The farm is home to up to 6,000 free-range chickens who are kept in a five-acre site.

The coop is kept open during day and most of the hens spend the daytime outside, AFP adds.

When the automatic door closed, the fox – thought to be around five or six months old – became trapped inside.

“A whole mass of hens can arrive together and the fox may have panicked in the face of such a big number”, Mr Daniel told the regional newspaper Ouest France (in French).

“They can be quite tenacious when they are in a pack”.

Men who brag about their sexual exploits are CHEATS-Counselor Adofoli