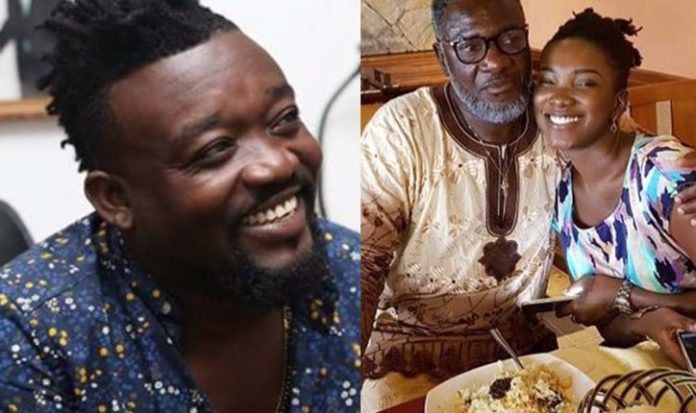 It’s been six months since singer Ebony passed on but it doesn’t look like the tussle between Mr Opoku Kwarteng, father of the late singer and CEO of Rufftown Records, Ricky Nana Agyemang would die off anytime soon.

Chief Executive Officer of Rufftown Records, Ricky Nana Agyemang popularly known as Bullet has lashed out at father of late singer Ebony Reigns in a latest post on Facebook.

In a nine points post on Facebook, Bullet details how he went round looking for funds to give the late Ebony a befitting burial.He also touched on how he gave $9300 from online royalties to Mr Opoku Kwarteng barely a week ago.

MONEY MONEY MONEY
1.i went round looking for funds to support the funeral bola ray is my witness. all the money they donated you took all and didn’t even say thank you bullet(remember these are ppl you don’t know from anywhere but my own ppl who wanted to support cos of me
2.There was a cloth deal and you wanted more percentage so I gave you 10percent of my share.you didn’t say thank you
3.vgma award money I was entitled to my percentage but I gave all to you,you didn’t say thank you
4.ohio tribute concert I didn’t take my percentage I gave all to you,still you didn’t say thank you
5.the funeral I spent over 5000 cedis being payment of bands men.you didn’t say thank you and I didn’t even ask you to give it back to me from all the cash ppl donated cos I was doing for ohemaa
6.tribute concert you brought your men to be at the gate to check how much we will make,whatever we made was counted by the bank in presence of your men,kasapreko and rufftown.everything was transparent so why come attack me?
7.i wrote and own 95 percent of ebony’s album.by law ebony is suppose to earn between 10-20 percent royalties but I gave her 40percent
8.few weeks ago you received 9300 us dollars from online royalties and you still going round saying bullet is cheating when i hv given u 40percent of my own right instead of 10 or 20percent?
9.you have sidelined Midas touch my partners but they will soon come and talk!
NOW YOU CAN TAKE EVERYTHING. 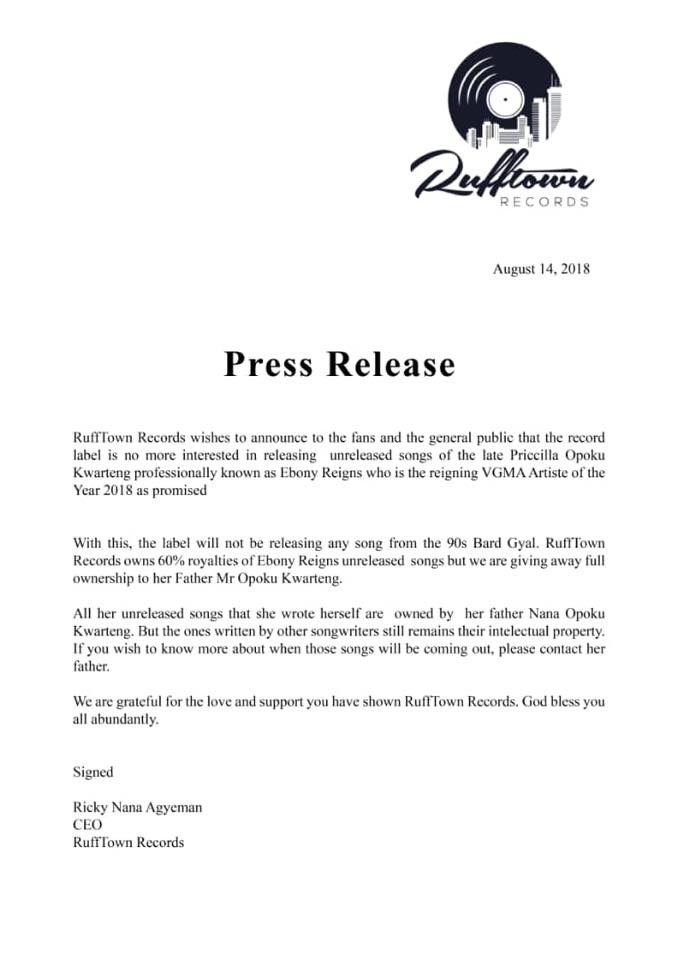