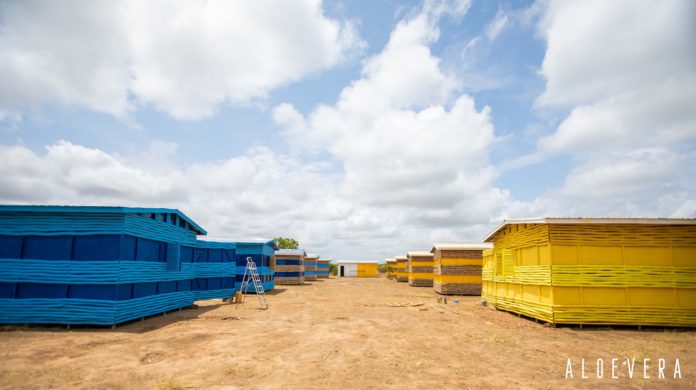 Ghanaian filmmaker, Peter Sedufia has rounded up the shoot for his new film, Aloe Vera.

The unprecedented project saw Sedufia raise an entire village in Dabala in the Volta Region to bring his vision to life. By the time the set was fully up, it blossomed into a colourful sight of yellow and blue tenements.

In a Facebook post recounting the making of the movie, which he describes as an “emotional journey,” Sedufia disclosed a series of significant obstacles he had to surmount, mainly finance, adverse weather, the loss of key footage, and the passing of his mother.

Aloe Vera is scheduled for release in 2020.