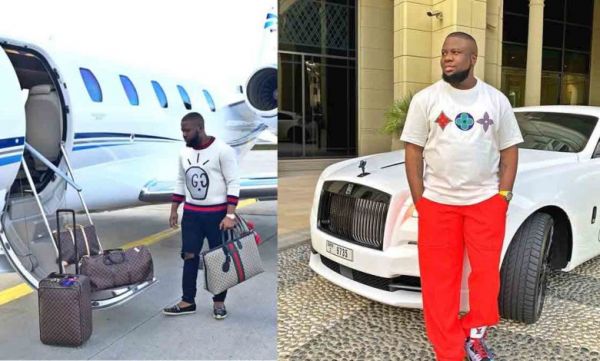 The Dubai Media Office has released rare footage of the arrest of International Cybercriminals  Hushpuppi, Woodberry, and 10 others in an operation dubbed “Fox Hunt 2.”

The news of the arrest of  Hushpuppi and Woodberry went viral early June with many alleging their arrest was based on money laundering after some cases of fraud was linked to them.

According to sources, Interpol arrested Hushpuppi for Covid-19 ventilator $35million fraud which was purported to be given to Native Americans during the Corona Virus Pandemic.

ABOUT US
Newspaper is your news, entertainment, music fashion website. We provide you with the latest breaking news and videos straight from the entertainment industry.
Contact us: contact@yoursite.com
FOLLOW US
© Newspaper WordPress Theme by TagDiv
<div class="grofile-hash-map-f1246011cb345f