The Electoral Commission of Ghana has fixed the filing fee for Presidential Candidates at GHC 100,000 with Parliamentary Candidates paying GHC 10,000.

The NDC on the other hand has stated without mincing words that the fees are too exorbitant and is a dent on Ghana’s democracy.

Nana Akomea who seemed quizzed took to Facebook to lay forth his displeasure over the distasteful comments made by the NDC over the Electoral Commission’s GHC 100,000 filling fee peg.

Nana Akomea who is part of the NPP’s Communication team reacting to this added that for a party who pegged their filling fee at GhC 420,000 and only reduced it to GhC 300,000 due to cries for a reduction is overly hypocritical that they would wade in on the Electoral Commission of Ghana’s filling fee with such a skewed position

He stated “Heard the NDC General Secretary speaking vehemently against the GHC100,000 presidential filing fees announced by the electoral commission. I wished the electoral commission would consult/engage the political parties before such announcements. But the ndc secretary’s reaction, l believe, is just one of those things that puts us politicians into disrepute.The ndc had imposed a ghc420,000 filing fees on their presidential aspirants.This was met with loud protests from all but one of the presidential aspirants, which protests were ridiculed by the same general secretary. Eventually the filing fees were reduced from ghc420,000 to ghc300,000.Now when a political party imposes filing fees of ghc300,000 on its own aspirants for an internal election, how is it now protesting at filing fees of ghc100,000 for a national election?”. 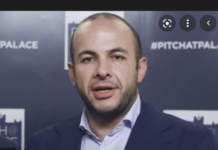