Selman Turk is a Turkish citizen who is resident in London. He is a former banker and a businessman who is known for moving assets.

Selman Turk was contacted by one Mrs Isbilen to move her assets out of the reach of Turkish authorities.

Selma Turk is said to have paid some monies to Prince of York Prince Andrews and his wife Sarah Duchess of York.

£750,000 “gift” was paid to the Duke days after Mr Turk won an award at the Duke’s Dragons Den-style competition, known as Pitch@Palace, at St James’s Palace. 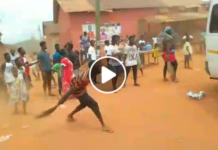