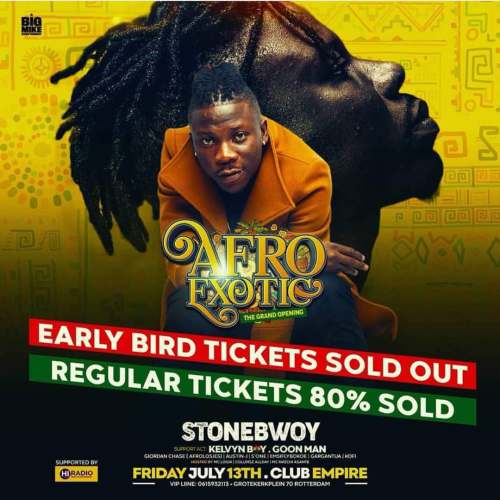 Empire Club in Rotterdam is the next venue for Stonebwoy’s concert on his Europe Tour 2018.

Kelvyn Boy, his protege who is also touring with him will be supporting him on stage as well as other home Artistes from Netherlands.
Rising Ghanaian born artiste, Goon Maan, will also be performing on the night. 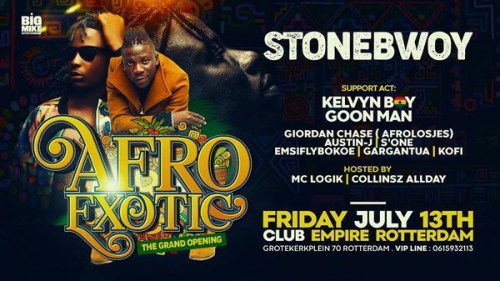 Stonebwoy has played 4 concerts on his “Epistles Of Mama Europe Tour” already. 4 concerts in 3 countries. He played on June 30 at Lausanne in Switzerland, July 1 at Club Mondial in Beek, Holland. And on July 6 he played the most prestigious Europe festival, Summerjam in Fühlinger See in Cologne, Germany. The following day he played in Zurich at “Enter The Dancehall” Concert (Switzerland).
After the Rotterdam concert this Friday, July 14, Stonebwoy and his Team flies to Jamaica for another major concert in Montego Bay. He plays at Reggae Sumfest on July 20.
Source: Beeniewords.com