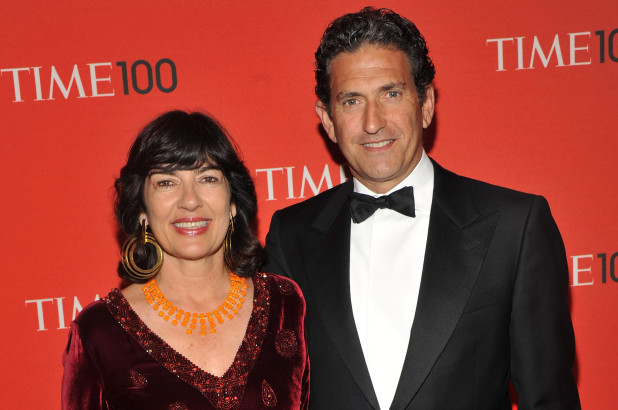 The middle-aged couple, who have a teenage son, wed in Italy in 1998 after finding romance in war-torn Sarajevo.

A source confirmed the split to Page Six and the media outlet, saying, “they are still really good friends.”

Christiane, 60, the host of CNN’s global affairs show Amanpour, lives in London and recently took over Charlie Rose’s slot after the anchorman was accused of sexual misconduct by multiple women.

Jamie, 58, a former journalist and Bill Clinton-era Assistant Secretary of State for Public Affairs, recently moved to Washington, where he is writing and consulting for lobbyist firm Ballard Partners.

Christiane called Jamie a “true hero” while talking to Oprah Winfrey, and told her how he moved to London to be with her and care for their son Darius, saying: “Jamie is the poster child for good husbands.”

SUGAR DADDY! KiDi tears up the stage at Ghana Party In The Park