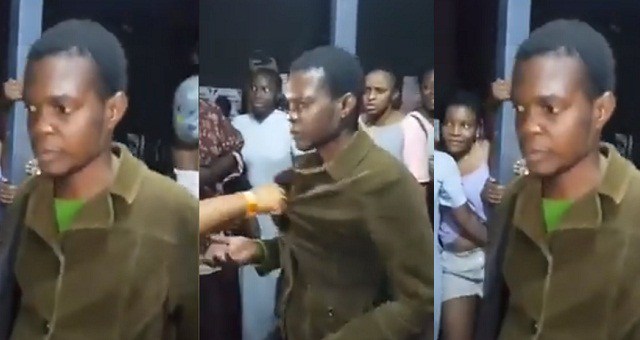 A young man disguised as a woman was caught peeping at female students as they had their bath in their hostel in UNIBEN.

According to Campus Voice UNIBEN, the man was caught in hall 1 peeping at naked women. The women quickly raised alarm, shouting “Clementus” and he was apprehended and paraded. He reportedly didn’t make an attempt to escape after he found out he had been caught peeping.

In a video shared online, the young man is seen surrounded by women clad only in towels and shower caps as they questioned him.

Watch the video below: