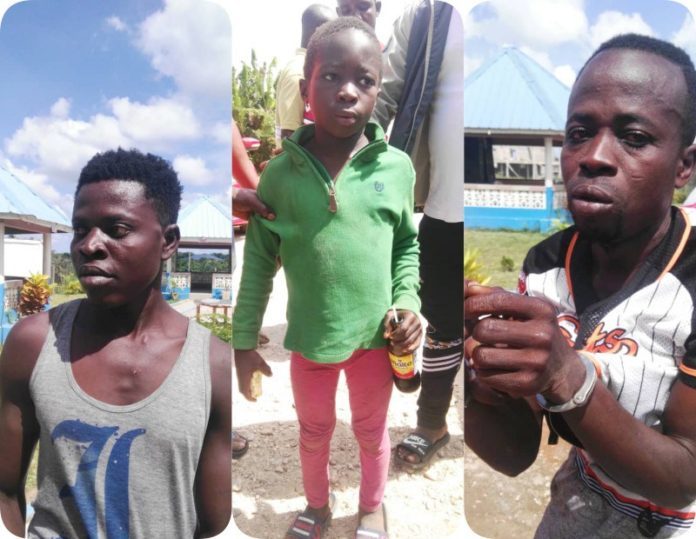 A man, who attempted to sell off his 14-year-old son to a National Democratic Congress constituency chairman for a financial breakthrough last Saturday, has been arrested by the Police in the Western Region.

The middle-aged man, who gave his name as Samuel, was said to have told his friends at a ‘drugs ghetto’ that he was looking for someone to buy his son because he was a stubborn child.

The NDC chairman for Ellembele constituency, Alex Mahama, who had a tip-off of the man’s intention, feigned interest and arranged a meeting with the father of the child at the Melvina Lodge at Ellembele.

He informed the police at Anyinase about the incident following which an officer was assigned to him to help effect the arrest of the suspect.

According to the NDC chairman, he told the person through whom he got the information about the sale of the child to inform the suspect he was ready to buy the boy who was being sold at a price of 100,000 cedis.

He said they agreed on Saturday with the suspect following which they booked room 13 at Melvina Lodge for the transaction.

Because the chairman is a known figure, he said he got the Assembly member of Awiebo electoral area to be his ‘agent’ for the transaction.

The suspect on Saturday night showed up at the venue with his accomplice as agreed.

At the venue, the assembly member and the two suspects bargained and agreed on 60,000 cedis after which the accomplice left the scene to bring the 14-year-old boy while the father stayed at the hotel to have dinner.

The Police was signaled and just when the accomplice brought the boy to the hotel, the Police moved in and arrested the two.

They are currently assisting the Police in investigations.

Mother of the boy is said to have died when he was very young and currently staying with his father and step mother.