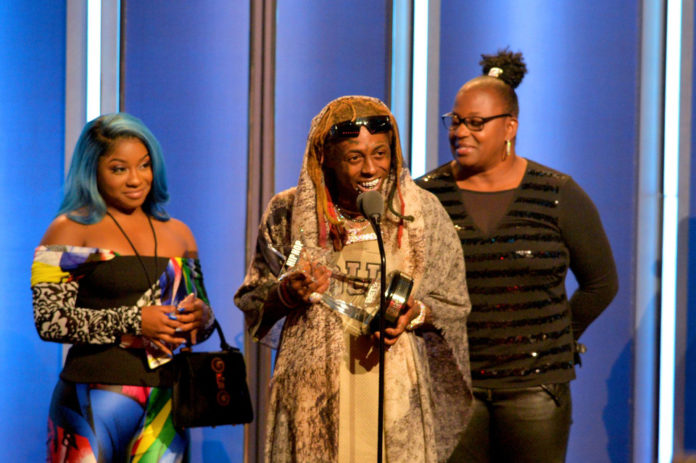 While accepting the I Am Hip-Hop honor at the BET Hip-Hop Awards last night, Lil Wayne gave an emotional speech praising “Uncle Bob,” a former New Orleans homicide detective who saved his life after the rapper attempted suicide at age 12.

With his mother Jacida Carter, and daughter Reginae Carter beside him on stage, Wayne thanked the fans, his family, and all is supporters who “refused to stop motivating” him.

The NOLA native then recounted the story of his suicide attempt, a self-inflicted gunshot wound to the chest, which up until this year — he called an accident. He explained to the crowd that Bob personally rushed him to the hospital, saving his life.

“He came into an apartment one day; he bust in the door, guns drawn. He saw nobody,” Wayne said. “He saw legs on the floor. It was my legs. He saw blood everywhere. A bunch of police hopped over me. He refused to do so….He said EMS (emergency medical services) tried [to resuscitate] twice and said ‘there’s nothing.’ He refused to let that die….He brought me to the hospital himself.”

Watch Wayne’s speech down below.