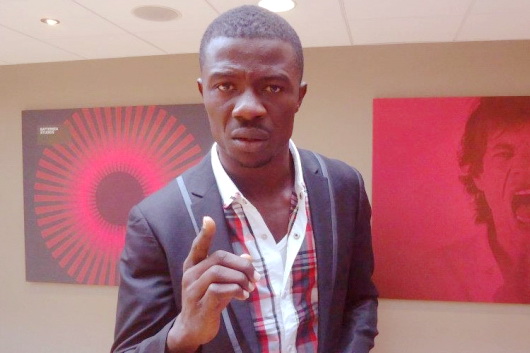 Kumawood actor Kwaku Manu has lashed out at colleague actor Frank Nero for being ungrateful.

An angry Kwaku Manu in an interview with Zionfelix reacting to claims by Frank Nero that they were in a group and splitted because of money issues, denied that he wasn’t in any group with Frank Nero.

The actor also added that he met Frank Nero at a young age and took him in as a little brother whom he fed for so many years.

“Frank Nero is not my blood brother as people think. I took him in at a tender age and fed him as my own brother. I introduced him to John Mensah and Asamoah Gyan. He should be grateful for the things i have done for him.” he said

He also revealed that he has helped so many folks in the movie industry but they’ve shown ingratitude to him. This he says won’t stop him from doing good to others.

Kwaku Manu further admonished the youth to show gratitude to those who held them up when they had nothing.