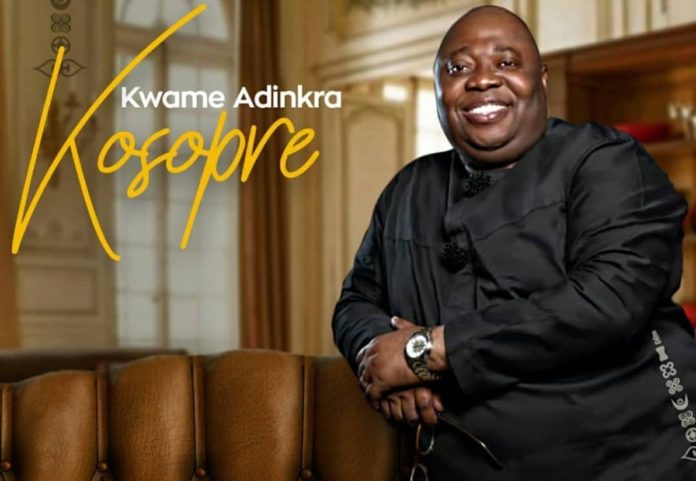 Multiple award-winning broadcast journalist, Singer, and Songwriter Kwame Adinkra has shared visuals for “Fiona”, one of the songs off his album Kosopre.

A beautiful highlife joint, Fiona is among the stand-out cuts from the body of work, which is also his third studio album.

The video opens with a beautiful lady clad in Kente dancing to the soothing rhythms in the song. Then comes the beautiful Fiona played by popular video vixen and model, Tilly Hipsy wearing a shimmering African print.

Fiona is seen being advised by her parents on her estranged relationship with her husband but she walks out on them.

The above is what ensues in the first minute of Kwame Adinkra’s latest video Fiona. Directed by Kofi Nti (Hammer Productions) and makes a cameo appearance as well.

Kwame Adinkra steers the conversation away from the usual to the core of matters: great art. It is what he has insisted on from the very start, especially with his silky voice, lyrical dexterity and whereas artists chart this path for various business reasons, great art is what should be the real “business reason”, he holds. This is why his music oozes the soul.