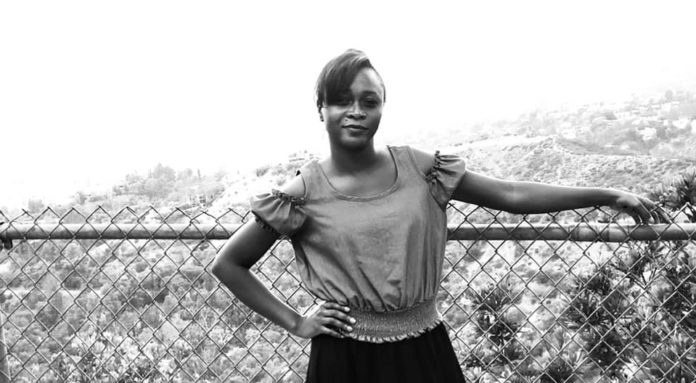 The filmmaker who has been in the news for her revelations of rape has come out to detail how it all happened in a Facebook post.

In the Facebook post, Leila talks about how people victimize victims of rape and how she’s kept the incidents and some of the people involved a secret because it would rip her family apart.

“Looks like I was trending in Ghana. Dunno when my tree branch will shake off this curse!

Last week, I shared a story from Kuukuwa Andam who was bold enough to tell of her rape experience.
I have seen news articles about my post saying I escaped rape 4 times before I turned 18. I’ve seen comments from Ghanaian men discussing my vagina, my virginity, how I’m too ugly to be raped, comparing rape of a woman to rape of a dog etc etc. Commentary on how I’ve slept with all the men in America… including Bill Gates and Donald Trump? And I’m still broke? Dang! Shoulda put more back into it! Darn it!

I choose one challenge, “If you’re telling the truth, name them”.
Here you go:
1. It was Christmas. My sister and I were going from home to home eating as is a Ghanaian tradition during this period. My mom returned from the market and met us at home exhausted from eating and roaming. She asked why we promised Fo Christian we’d come for jollof and we did not turn up. Apparently, he had made the jollof. The next day, I decided to visit fo Christian for my malt and savory snacks. I swung past my friend Emilia aka Adede’s house but she had to go braid her hair so she could not go with me. I went by myself.
For Christian was my dads colleague at work. Ho Polytechnic. I forget his last name. If you attended Ho Polytechnic between 1997-2000s, you might know him.

We lived in the same polytechnic lecturers apartment complex for years until we moved away. I was not threatened. Did I mention he was my dads colleague at work?
I got to his house, he gave me a malt and asked about my dad who was by this time bedridden with a stroke. We chatted a bit about him and then he got up to stand in front of me and touched my face. I am a smart girl. I had read every book in the world. I knew that move. My brain said calm down. He moved to my tiny boobs, again, my brain said calm down. As his fingers continued their assault, I was losing my courage, hoarse almost, I said, “Adede is on her way here for her malt, I don’t want her interrupting us, lemme go tell her I left and I’ll be back.” Initially he resisted, but I was calm, stroked his face, promised to leave my flip flops and he was fine with that. When I got outside his gates, I run barefoot because my life depended on it. I passed out before my sister, Emefa at home and told her what had happened. She reprimanded me, stalked off and told my mom. My dad burst into tears because he was helpless. My soldier! Had he had the strength, Christian would have been shot dead. Few hours later, Christian showed up at our house. Ostensibly, to find out whether I had reported to my parents. My parents pretended nothing was amiss and were affable.
He left. Passing me outside, he asked “I thought you said you were coming back?” I did not respond.

2. My friend, Anns’ uncle. Mawuli School, 1997. Ann’s dad had returned from the states. Ann and her brother hadn’t seen him in many years and she wanted me to go with her. We were to travel from Ho, to see her mom in Suhum and from there to Accra. In Accra, it was a teary reunion for their family. The next day, her dad took them out for a family time. I stayed back. I was sleeping in the guest room when I felt a hand creeping up me. I was tired and groggy. I woke up to see her uncle touching me and lifting me to standing position. I was still half asleep. I had no idea whether it was a dream or reality. Suddenly, we heard voices outside and he slinked off. I could hear my heart pounding inside my head. I quickly packed my stuff and lied to Ann I was going to see my sister in another part of the city and I left. Ann is today still one of my best friends, but I never shared this with her. No telling what this will erupt.

The other two were family. Telling will rip my family in two. My mother knows and it’s for her sake I’ll not say names. They happened here in America the very first month I got here. I remember escaping to hide in the garage, in the snow. I remember leaving for the library as early as 7am to wait outside until it opened because if I stayed at home, he’d come home from work and try to touch me.

You want us to name names before you believe we were violated? We can. This does not even cover forced kisses, groping, butt pats etc.

Ama K Abebrese I am sure you remember the Sinking Sands premiere. When Ghanaians laughed bouyantly at the scene when Jimah sodomized Pabi. Yes, they laughed. The white people in the hall were puzzled and some whispered, “that’s funny?”
Yes, they laughed as a man violently sodomized his wife.
Need I say more?

Phamous Ghana - January 14, 2020
482
Ghana is and has always been known for it's wide range of tourist attractions and facilities. For the traveller, Ghana is that...