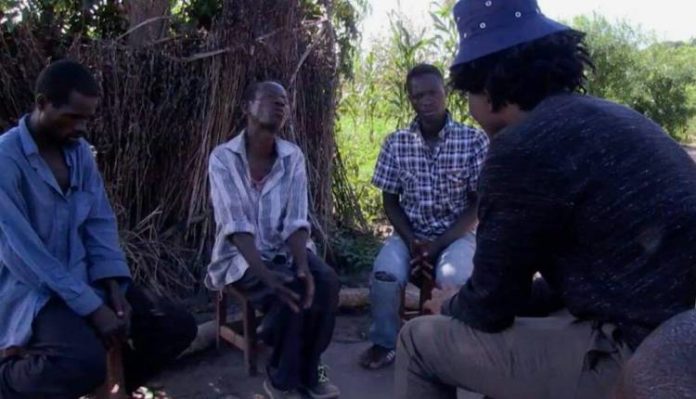 In a teaser of the video which has been released by the BBC, the journalist and his colleagues are heard screaming for help which seems to suggest they have been attacked by one of their targets in the course of investigations.

The investigative story for the BBC according to MyNewsGh.com checks sought to unravel the issues surrounding the mysterious deaths of many in Malawi for ritual purposes triggered a mob in a Malawian village to resort to killing the investigative reporter and his crew.

The story, which airs today on the BBC’s Africa Eye network and the Facebook page would see the reporters digging deep into the dark world of the killers and capturing chilling footage of alleged murderers.

The details of how the townsfolk nearly killed the reporters would be live on the BBC today for African viewers.

Popularly known as Muhti, human bodies are harvested and dismembered to supply powerful people in society. These human body parts are believed to possess some abilities to make people not just rich, but also very powerful in the Malawian and Tanzanian societies.

In this epic investigative film, Mathias Kamanga a Malawian, claims to have a deep working knowledge of the human body based Muhti and “blood-sucking”. He says, between himself and his associate Njuku Mpata (also known as Joseph Mwakigunga), they have killed 12 people including children as young as five. He tells us Anas the last victim was a boy aged ten. He says he removed the child’s tongue and penis; all for the purpose of supplying human body Muhti.

Also, in partnership with Mpata, Kamanga, he explains how he sucked blood from a number of people (some of whom, he suggests, subsequently died), and that he offered, in exchange for six million Kwacha, to supply three human body parts and human blood for the purposes of making human body Muhti for a man called Prince Asamoah, who in fact was our undercover reporter Anas Aremeyaw Anas.

Additionally, Kamanga offered to show Prince Asamoah how he kills a person and then dismembers them.  He tells us that pieces of bone at his shrine were parts of a human skull belonging to a person he had killed.

To prove his credentials, Kamanga gave us details, including names, of six people he and Mpata claim to have killed. We investigated the fate of those six people. One was dead, and two were missing. We were unable to establish any outcome for the remaining three.

For the full story, watch “Malawi’s Human Harvest” today’s film on BBC Africa Eye. Miss this at your own risk, Catch it live. Stay tuned.

Struggles, Disappointments, and an Undying spirit on the journey to building Seloart -The Selorm Betepe Story