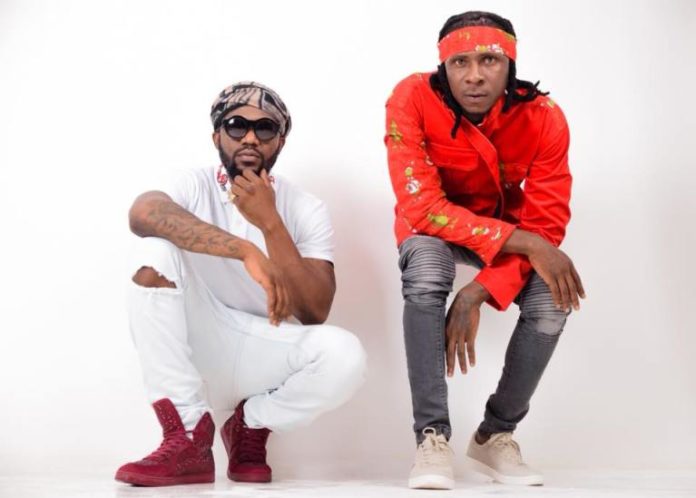 In an exclusive interview with www.phamousghana.com, Ike Otoo Arhin, Manager for the music group R2bees revealed that Universal Music has being in talks with the Tema based group for a month now.The deal was sealed last Saturday evening at a meeting with Head of Universal Music Group West Africa, Ezegozie Eze Jr and other executives.

He also revealed that the deal is a “juicy” one which they couldn’t resist.He added that R2bees will be celebrating their 10 years Anniversary this year and the album release should be huge.

“They’ve made us a very good offer which we think we should take.This is our 10 years anniversary and the album release should be huge.If we release it independently, it would not go as far as we want it.Ghana music has to go further.” he said.

Omar Sterling,a member of the music duo announced in a tweet that they’ve changed the release date of their latest album Site 15 because of their deal with Universal Music.

We’ve just finalized a deal with Universal for our Album SITE 15, this has caused the album to be pushed back a few weeks.. We are sorry for the delay. pic.twitter.com/CeAR4hM8Az

Other Ghanaian acts signed on Universal Music group are Cina Soul and Stonebwoy.