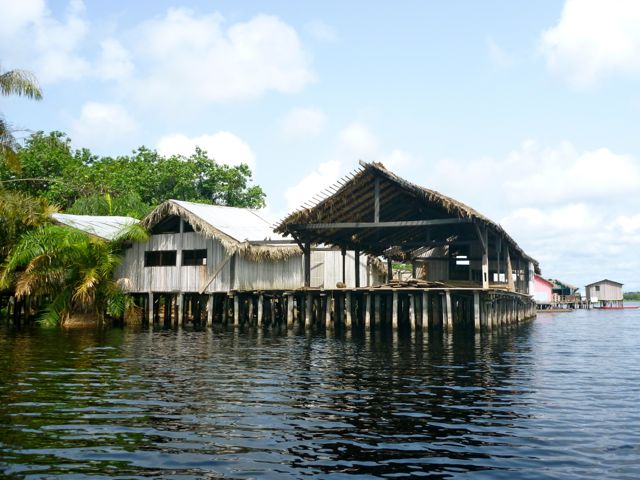 The spectacular scenery of the 400-year old stilt propped water settlement of Nzulezu, built on Lake Tadane is located near the village of Beyin, 90 kilometers west of Takoradi, in the Jomoro District of the Western Region of Ghana, stands out as a magnificent interplay between man and his environment.

In 2000, Nzulenzu was nominated as a UNESCO World Heritage Site, and it is a major tourist attraction area.

Nzulezu is an Nzema word meaning ‘surface of water’. The inhabitants of the village are said to have migrated from Walata, a city in the ancient Ghana Empire, the earliest of the Western Sudanese States. According to tradition, ancestors of the village were brought to their present place by a snail.

The serene ambiance of the surrounding landscape, coupled with the general activities of life on stilts points to a dynamic relationship between man and nature. Traditional village life is adapted to the unique environmental conditions, and all activities such as the pounding of fufu (a traditional meal), schooling, worship, baptisms and burials are carried out on the lake. It is said that the lake averts possible disasters such as fire outbreaks.

The people of Nzulezu still adhere to traditional norms and taboos. For instance, Thursday is a sacred day on the lake, and on this day, the villagers do not engage in any strenuous activity.