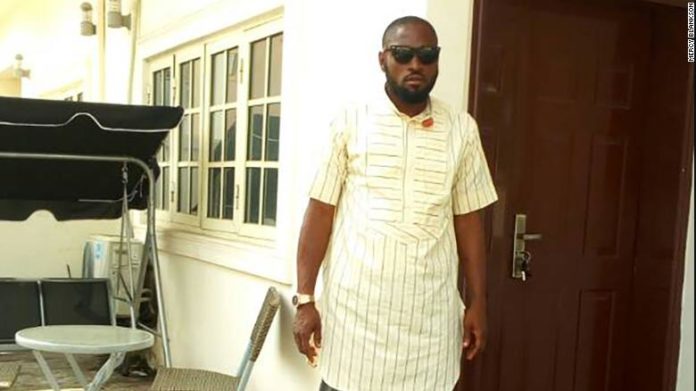 Joseph Blankson had always been a strong swimmer so when the boat he was in had an accident and capsized, he didn’t think twice about jumping in the water to help rescue those who had fallen overboard.

Singlehandedly, Blankson managed to pull 13 people out of the river. The father of two eventually became exhausted as he went in and out of the river, rescuing one person after the other.
While trying to save the 14th person, Blankson tragically drowned.
A spokesman for the Rivers State police, Nnamdi Omoni confirmed to CNN that the accident was caused when the passenger boat, carrying 24 people, crashed into an object.
Omoni also confirmed that Blankson, 36, was the only casualty. As he was selflessly saving lives, others in the vicinity – including other boat drivers – stepped in to help rescue the remaining 10 people.
Blankson was known as a selfless and loving man to the people in his life but now, he will always be remembered as a real-life superhero.
His wife, Mercy, paid tribute to her husband: “He was a loving and caring man, a very good father to our kids. He put people first, before himself. He was selfless.”
Mercy said Blankson, who lives in Port Harcourt, southern Nigeria, had gone to his village and had boarded the boat with his sisters, who were among the survivors of the accident.
“I was at home waiting for him to come back from work because he works on Saturdays. From work, he went to the village, and when I called him at 2 pm, his phone was switched off.” 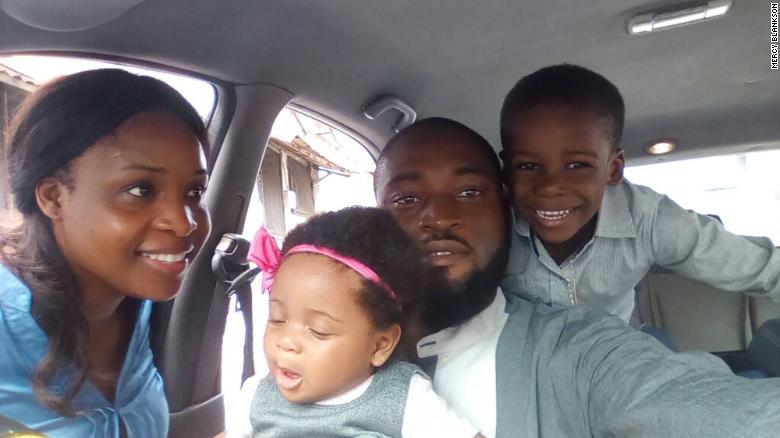 A week on from his tragic death, Mercy says his children are asking for their father: “My son has been asking me about his dad. If I’m talking to someone on the phone, he says ‘mummy is that my daddy? mummy, can I see my dad?”
“Normally when he [Blankson] travels we do video calls. This past Saturday, a week after he left, my son was really down. He felt everything emotionally. And my daughter has been crying because she knows something is wrong.”
The young widow is now left with a four-year-old son and seven-month-old daughter to raise alone. She says it won’t be easy as she is currently unemployed and her husband was the sole breadwinner for the family.
Mercy says she is holding out hope for the government to assist and for people to give her job opportunities. Representatives from the Rivers state government have already visited her, she said.
Nigerians have taken to social media to hail Blankson’s heroic efforts and make sure he is not forgotten.
One Facebook user wrote: “Blackson showed the world that there are heroes out there. He said it was better 13 people had their lives back than saving his and knowing he didn’t try to help. That to me means more than life itself.”
“I call on the state government to take this brave hero’s legacy one more step by providing for the family he left behind.”
Source: CNN