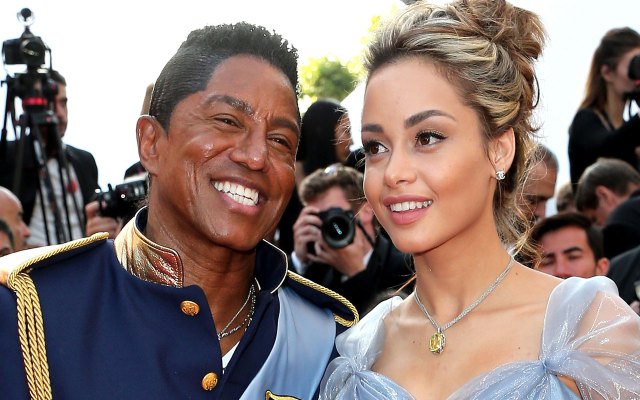 Jermaine Jackson, 63, has plans to marry his 23-year-old girlfriend, RadarOnline.com has learned.

The Jackson Five singer recently announced the marriage shocker while overseas in Spain. The Dutch newspaper, De Telegraaf, was the first to report the news.

Jermaine reportedly began dating Velazquez shortly after his toxic divorce from Halima Rashid in 2016. While Jermaine is 40 years her senior, he is not letting the couple’s age difference get in the way of their big plans.

“We are going to get married soon,” Jermaine explained to the European publication.

Jermaine dropped the bombshell after a performance in Mallorca, Spain with brothers Jackie, 67, Tito, 64, and Marlon, 61. The music legends have been traveling on tour in honor of their 50th anniversary.

Velazquez reportedly joined the famous family for the overseas trip, according to the report.

As Radar readers know, Jermaine called it quits on his 12-year marriage to Halima months after her domestic violence arrest.

The announcement has led fans to question how Jermaine’s famous niece, Paris Jackson, 20, feels about the news. She is just three years younger than her soon-to-be aunt.

Paris has yet to break her silence on Jermaine’s wedding plans.