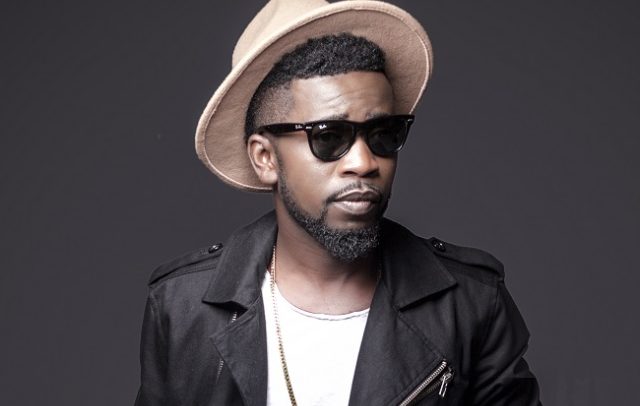 “…We could ignore it the same way we did with all his hard works, but nope! Bisa Kdei is now newsworthy.

We are responding because our ego has been bruised and we have another opportunity to create click-click stories.

Should all artists do this before we (media) do our damn job.”

A colleague entertainment journalist at Muse Africa, Nana Yaw Wiredu, put up the above statement in the heat of discussions about Bisa Kdei’s recent reckless statement about the media.

There are a lot of people who think like Nana Yaw, and they seem to be lost in the centrality of the matter.

What did Bisa Kdei do wrong?

The Ghanaian highlife ‘pioneer’, Bisa Kdei, in a recent interaction with his fans alleged that the media has taken money to kill his songs.

A tweep asked a question regarding why his songs don’t get rotation on radio stations in recent times.

“Bisa please why the media didn’t pay attention to your music because me I don’t understand why because your music is More than more than,” the tweep asked.

In his reply, Bisa Kdei wrote: “It’s an agenda. They have taken some money to do that. If you love my music, keep loving it.”

My problem is not about the mere mention of the media doing something wrong. I was irked by the generalization!

The wanton proclivity for artistes to wrongly accuse the media when things don’t go well is one that won’t be tolerated by some of us.

About five years ago, Bisa Kdei was one of the hottest artistes in the country. Two of his biggest songs ever: ‘Mansa’ and ‘Brother Brother’ were at the centre of entertainment discussions during the 2016 Vodafone Ghana Music Awards.

I remember how some of us had to go all out to defend the fact that the usage of ‘forken’ in his ‘Brother Brother’ was not profane!

The media has done a lot for Bisa Kdei. I am not sure anybody paid the media to kill all his hit songs like ‘Baaba’, ‘Metanfo’, ‘Samina’, ‘Odo Carpenter’, among others.

The media still plays his songs. Online portals still publish his stories including his weak publicity stunts. How much was the “fake” media paid to do all this for him?

Why has he dipped if the media still supports him?

Bisa Kdei is not the only person whose popularity has waned in the past 5 years. A lot of artistes have gone through it. It’s part of the vagaries of the game.

One thing most artistes refuse to understand is that you cannot stay on top forever. You may deploy all promotional strategies to stay relevant but you may (or may not) be as popular as you used to be.

Even Samini, Sarkodie, Shatta Wale, Stonebwoy and all the other big artistes have not had it easy sustaining their relevance.

I am not sure the media hates Bisa Kdei. I think he is reacting based on how bad a few media people may have treated him. And if he would let the antagonism of any nature drown career, then he is not ready for this rocky journey.

Sometime last year, Stonebwoy launched a vitriolic attack on the media for not reporting on his Europe tour. When he realized that he had made a silly mistake, he came back to apologise. Since then he has thawed out with the media than ever.

I am not saying the media does not make mistakes and that we should not be criticized. But if you want to criticize, do it constructively just as you always demand of us when we talk about you.

You don’t lump together the entire media as corrupt and fake when a good number of us are supporting your cause. That was a reckless statement!

We’ll not keep shut when they misbehave

Now to those asking that when issues like this come up, the media should shut up and let them die, I guess you don’t know about the work.

If you write a baseless statement that intends to ridicule me and I feel I could rather turn it around and make you look more stupid and again get some clicks from your carelessness, I won’t hesitate to do that.

If I play your songs, publish your stories and promote your works and you come out to say or write gibberish about me, should I keep mute and say the Lord’s Prayer for you?

If I reckon any artiste that takes on the media has a good point, I won’t say ‘fi-fim’.

One would say, by responding to them they get the mileage. That’s fine – the good work we do for them gives them the mileage too. It works either way.

I don’t give a hoot about that. He should continue producing good music and re-strategize his promotional plan just as arts writer Mic Yamoah indicated in his letter to him about 5 years ago.

I have reconnected with my ancestors in Ghana-Gramps Morgan