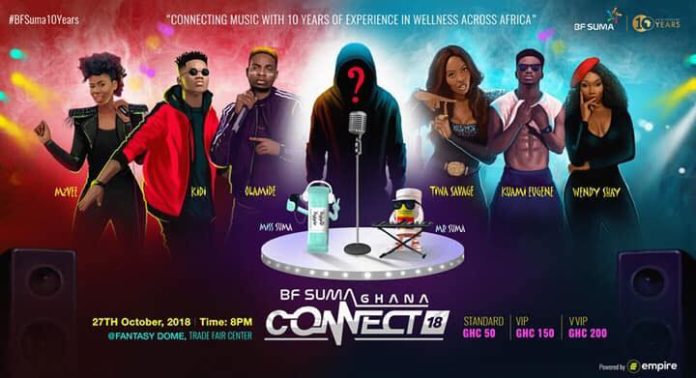 BF Suma Pharmaceuticals, Inc., the manufacturers of herbal products and health supplements is set to rock Ghana with a mega musical concert next month as part of activities marking it’s 10th anniversary.

The event has one major Ghanaian act who will be announced after October 13 to join the other big name stars on the show.

The date for the event is October 27, 2018, and it is slated to take place at the Fantasy Dome, Trade Fair, Accra-Ghana.

Tickets for the show are selling for 50 Cedis Regular, 150 Cedis VIP and VVIP going for 200 Cedis. There is also a special 10 percent discount for people who purchase in groups of three. 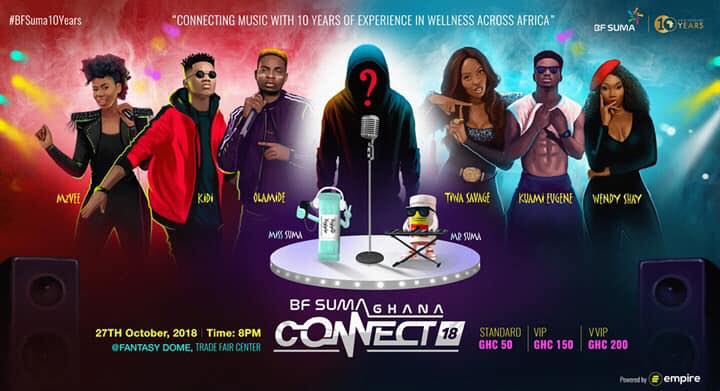 The ticket Outlets for the show are the following places;

The BF Suma GHANA CONNECT 2018 is proudly produced by Empire and #BFSuma10Years is the official hashtag of the event.