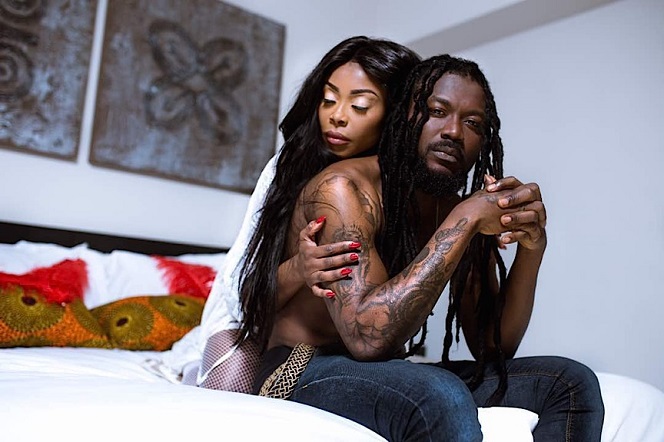 Ghanaian musician, Stephanie Benson says Ghanaians think she is a prostitute because of her video with Dancehall act Samini.

According to her, some Ghanaian female acts are afraid to show their personality on stage because they are afraid of being judged.

Stephanie who was speaking to Jason El-a on Rhythmz on GhOne TV said “We have to know our craft, women tend to copy each other and what their performances are and men do the same but sometimes the personality comes to you on stage. Some of the women are afraid to show their personality on stage because we are afraid of being judged and i think that is the biggest thing, that’s why i’m saying that allow the artiste to be an artiste when they are on stage”.

She also disclosed that a lot of Ghanaians labelled her as a prostitute when she shot “One More” video with Samini.

” A lot of people after doing the video with Samini thought i was harlot. Some people also said i’m a prostitute”.